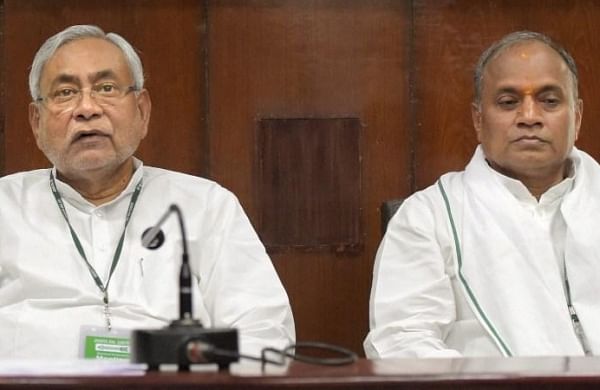 PATNA: Former union minister and estranged leader of JD-U, RCP Singh, who had resigned from the Narendra Modi cabinet on July 6, on Saturday courted fresh controversy after two party leaders accused him of purchasing big land parcels in a clandestine manner.

RCP Singh allegedly purchased these properties in Nalanda, his home district and did not declare them in his election affidavits.

JD-U has served a show cause notice to RCP in this connection, asking him to share information of all the properties he has acquired in the last nine years.

In the show cause notice, Bihar JD (U) president Umesh Singh Kushwhaha said that several irregularities seem to have been committed to amass these big land parcels from 2013 to 2022.

"Chief Minister Nitish Kumar has a zero tolerance policy against corruption and so you (RCP) should immediately reply to the allegations of corruption,"  Kushwhaha directed in the notice served to the former union minister.

RCP Singh, however, described the allegations levelled against him as baseless.

"There is no discrepancy in the purchase of land in the name of my two daughters during the period," he told The New Indian Express.

RCP, a former IAS officer, was once a close aide of Nitish and nominated to the Rajya Sabha twice. He was also JD-U national president.

His relationship with Nitish soured after he joined the union cabinet without the consent of the Bihar CM. Nitish apparently lost his patience when RCP claimed that he had climbed the ladder of success in his political career due to his own capability and hard work, and failed to acknowledge the former's support in his political rise.