No action against Patanjali on misleading ads, says RTI 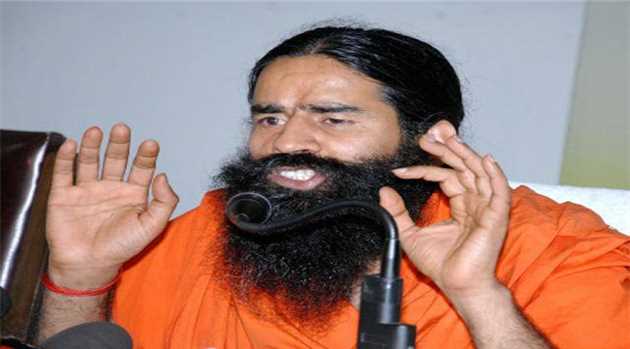 NEW DELHI: Repeated reminders sent by the Ministry of Ayush to Uttarakhand Drug Licensing authority to take action against Baba Ramdev’s Patanjali Ayurved for misleading advertisements of its drugs, claiming to cure diseases, have been ignored. In reply to a Right to Information (RTI) query, the Ayush ministry has claimed that it is still awaiting a report from the Uttarakhand Ayurveda and Unani services licensing authority on Patanjali and requested them to expedite the matter and submit the action taken report instantly.

The ministry had earlier found that advertisements by Patanjali to promote “Lipidom”, “Livogrit”, and “Livamrit” brands of medicines were misleading and violated the Drugs and Magic Remedies (objectionable advertisement) act 1954 and Drugs and Cosmetics Act 1940. Lipidom, made by Divya Pharmacy, had advertised in February this year that it reduces cholesterol within a week, preventing heart problems, stroke and blood pressure.

Livigrit and Livamrit were advertised as a cure for fatty liver, liver cirrhosis and digestive system. The Ayush Ministry has also shared a trail of communication registering its objection to the false claims made by the drug manufacturer.

The ministry said that no correspondence has been received from the state licensing authority and requested the director, ayurvedic and unani services to expedite the matter. Kannur-based ophthalmologist K V Babu had complained about the misleading advertisements and had also sought RTI responses on the authorities’ actions.

Speaking with this newspaper, Babu, who had brought up the matter, and had filed RTI in this regard, said “even after five months, Uttarakhand SLA didn’t even bother to reply to the Government of India.”
“Misleading advertising on drugs included in the scheduled drugs may inadvertently lead people to stop time tested treatment with clearly proven scientific data and resort to drugs which don’t have any proven efficacy. Being an Ophthalmologist, I had seen some of the patients stopping treatment for glaucoma, which led to blindness. That’s a public health disaster,” he added.

Babu said that the law enforcing agencies are lax in enforcing the laws meant to prevent misleading advertising. “Hope this intervention will be an eye opener for the various state and central governments,”
he added.

The Ayush ministry had told the Parliament in July this year that misleading claims about herbal medicine in advertisements in electronic and print media have gone up, with over 10,000 objectionable promotions being reported from March 2021 to June 2022. The Advertising Standards Council of India (ASCI) received 4,885 complaints from March 2019 to February 2020 against misleading advertisements, including herbal medicines/products, in various media.

From March 2020 to February 2021, 6,804 complaints about misleading advertisements were received, which went up to 10,035 complaints from March 2021 to June 2022, Ayush Minister Sarbananda Sonowal said in a written reply in the Rajya Sabha. The Drugs and Magic Remedies (Objectionable Advertisements) Act, 1954 and the rules encompass the prohibition of misleading advertisements and exaggerated claims of drugs and medicinal substances, including AYUSH medicines, which appear in the print and electronic media, and the government has taken note thereof.

‘Promotion of medicine brands violated rules’
The ministry had earlier found that advertisements by Patanjali to promote “Lipidom”, “Livogrit”, and “Livamrit” brands of medicines were misleading and violated the Drugs and Magic Remedies (objectionable advertisement) Act 1954 and Drugs and Cosmetics Act 1940. (THE NEW INDIAN EXPRESS)