No IOA recognition for equestrian body 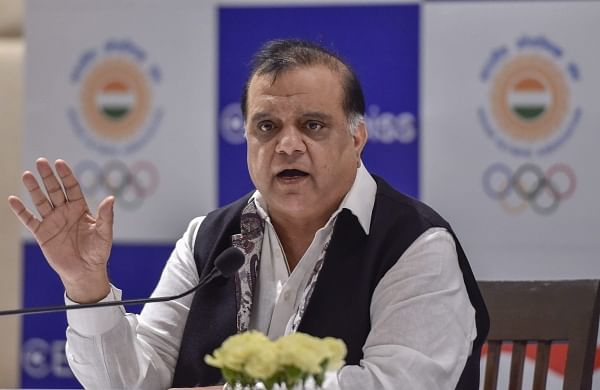 CHENNAI: Though the sports ministry has extended the Equestrian Federation of India’s (EFI’s) recognition until March 31 next year, the Indian Olympic Association (IOA) continues to derecognise it.
This effectively means that the ministry’s extension will have no bearing on IOA’s stand. This was confirmed by IOA president Narinder Batra on Thursday. “Our stand remains the same,” he told this daily. The EFI was derecognised by the ministry and IOA for not following the sports code and hence, no observer was sent to its elections in September.

According to International Olympic Committee rules, a national sports federation should have recognition from both the national Olympic association and the sports ministry.The extension of EFI’s recognition has also not gone down well with the state associations, who are at loggerheads with the federation. “In 2017, the EFI did the same and gave a roadmap to the ministry. Not a single point mentioned in the roadmap has been properly followed. So what’s the guarantee it will happen this time,” said Raghuvendra Singh Dundlod, president of Rajasthan unit which filed a writ petition in Delhi High Court against EFI.

“I’ve requested the sports secretary for his time. I am leaving for Delhi and will speak to him on the issue if he agrees to meet me. The state units have to be taken into confidence by the EFI, otherwise the feud will continue,” added Dundlod.The Rajasthan unit president also said that he might file a petition in the court against the ministry’s decision to extend EFI’s recognition.

“The Delhi High Court on November 15 asked the ministry to dispose off the representation made by EFI, seeking exemption from following the sports code within four weeks. This means we have time till December 15 to file the petition. The state associations will meet soon and decide on it,” he said.

EFI recognised: Rijiju
As reported by this newspaper, Sports Minister Kiren Rijiju while replying to an unstarred question, confirmed in Lok Sabha that the ministry recognises EFI. In his reply to a question raised by MPs Tejasvi Surya and S Jothimani, the Sports Minister said a total of 55 national sports federations including EFI have been recognised by the sports ministry.

Surya and Jothimani asked for the names of the sports federations which have regained recognition from the ministry since 2008. Earlier, the federation was instructed to follow the National Sports Development Code of India and given time till August 8 to comply with it.