No new tax in UP to fight out COVID-19 challenge, says Yogi 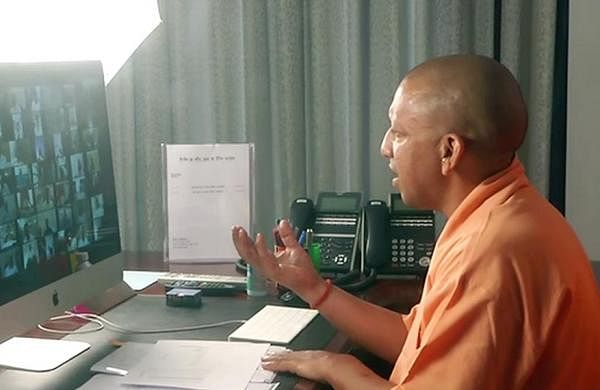 LUCKNOW:  Promising to impose no new tax for additional mop up to overcome the pandemic challenge after lifting curbs on industrial activity last month, UP chief minister Yogi Adityanath on Sunday said that the upcoming unlocking of lockdown from Monday would focus more on the management of the containment zones.

“We will be focusing on the containment zone strategy and to break the coronavirus chain to curb the spread of the disease,” he said.

He claimed the state was getting investment proposals, including an investment by a German company. “We have constituted a dedicated team and a group of ministers to draw the investors. We have set up exclusive desks for pursuing investments from the US, South Korea and Japan,” said the CM.

On the issue of migrants, the CM reiterated that his government is committed to providing jobs to all hands by re-energising the state micro, small and medium enterprises (MSME) and other segments.

“Even during the lockdown, several industries remained operational, including sugar mills, brick kilns and cold storages, which collectively employed about 2.5 million workers. Now, an additional 2.7 million workers are employed in the MSME sector, while another 65,000 workforce has been engaged by big industries,” said the CM.

The CM further said that UP would be the largest beneficiary of the central government's Rs 20 trillion economic stimulus package and that the state is working to leverage it for the benefit of the various socioeconomic sectors viz. MSMEs, housing, agriculture et al.