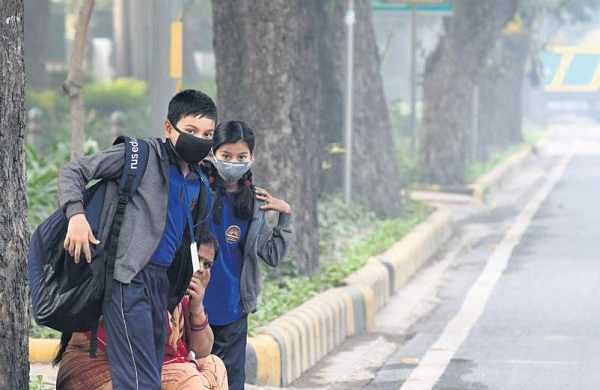 NEW DELHI: The Union Environment Secretary called a high-level meeting on Monday with the Chief Secretaries of Delhi, Punjab, Haryana and Uttar Pradesh over the severe air pollution in these northern states.

Secretary, Ministry of Environment, Forest and Climate Change, C.K. Mishra, also called senior officials from the Ministry of Housing and Urban Affairs, Ministry of Power and Ministry of Agriculture for the meeting.

"Among other agenda items related to tackling the issue of air pollution, the meeting is called for monitoring the measures that are currently already underway.

In light of the coming winter season, the meeting will also discuss the additional measures required to reduce the severity of air pollution," an official statement said.

Officials of the Ministry of Home Affairs will also be present, who will put forth measures required for more effective traffic management, which is another factor aggravating the problem of air pollution.

The northern Indian states have been witnessing severe air pollution since last month, with the air quality even touched the 'emergency' mark.

The air pollution in the national capital was so toxic after Diwali that the Environmental Pollution (Prevention and Control) Authority (EPCA) had declared a public health emergency in the Delhi-NCR and had advised people, especially children and the aged, to limit their exposure to the environment.

Also, a meeting of a parliamentary standing committee to discuss the rising levels of air pollution in the national capital was postponed as most participants, including Member of Parliament from East Delhi, Gautam Gambhir, skipped the meeting.

The Delhi government had urged the Centre numerous times to take steps to deal with the air pollution as it has blamed the stubble burning in the neighboring states for the deteriorating air quality here.