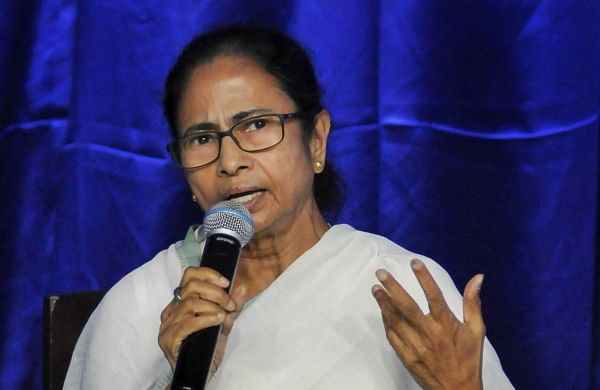 KOLKATA: West Bengal Chief Minister Mamata Banerjee on Friday said the Centre's move to demonetise high-value currency notes on this day in 2016 was a futile exercise that had a negative impact on the country's economy.

Banerjee, on the third anniversary of note ban, asserted that she knew from the very beginning that the decision would ruin millions of lives.

"Today is the third anniversary of #DeMonetisationDisaster. Within minutes of the announcement, I had said that it will ruin the economy and the lives of millions. Renowned economists, common people & all experts now agree. Figures from RBI have also shown it was a futile exercise," the chief minister tweeted.

"Economic disaster started on that day and look where it has reached now. Banks stressed, an economy in a complete slump. All affected. From farmers to the young generation to workers to traders, housewives. Everyone is affected," she added.

Banerjee, during her campaign for the Lok Sabha elections, earlier this year, had promised to conduct an investigation into the demonetisation drive. On the first anniversary of the note ban, she had turned her Twitter display picture black in protest.

On several occasions, the Trinamool Congress supremo alleged that the Narendra Modi government's move was a "big scam" which benefited only a handful of people.

Prime Minister Narendra Modi, in a televised address on November 8, 2016, had announced to the nation that Rs 500 and Rs 1,000 currency notes, 86 percent of all currency notes in circulation in value, would cease to be legal tender.

Modi had said that the decision was taken to crack down on black money, terror funding and corruption.

(THE NEW INDIAN EXPRESS)
205 Days ago