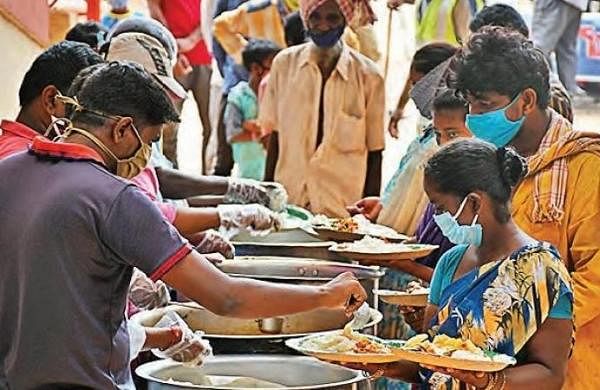 NEW DELHI: The COVID-19 pandemic has upended giving trends across the world as several western economies have slipped down the Index due to COVID lockdowns, as per the World Giving Index (WGI) 2021.

Released by the Charities Aid Foundation’s (CAF), this year’s survey highlights the impact of lockdowns on charitable giving, as the USA, Canada, Ireland, the UK, and the Netherlands -- all fell out of the highest rankings.

India is now in the Top 20 most generous countries in the world, at 14. This is up from the 10-year global rank of 82. Only Australia and New Zealand, where the survey was undertaken in the weeks before the first wave of the pandemic took hold, maintained their top 10 rankings.

Several countries have moved up the rankings and made their first appearance in the top 10, including Nigeria, Ghana, Uganda, and Kosovo – but whilst their overall giving scores have increased somewhat, their rise is driven by the relative decline of other countries.

Communities around the world mobilised to help fellow citizens during the pandemic, resulting in the highest ‘helped a stranger’ figures since 2009. More than half (55%) of the world’s adults – or 3 billion people - reported helping someone they didn’t know in 2020.

Similarly, more people donated money in 2020 than had done so in the last five years (31%). Levels of volunteering in 2020 are broadly unchanged at the global level.

Indonesia remains in the first place, followed by Kenya. Four African nations now sit in the top 10 -- three of them (Nigeria, Ghana and Uganda) for the first time. Most of the western countries which are usually in the Top 10 have fallen far down the rankings.

Scores for India rapidly improved between 2017 and 2019, and this improvement was maintained during 2020. The improvement in India is seen across all the age groups and amongst both men and women. 61% of Indians helped strangers; 34% volunteered; and 36% donated money.

Giving insights on India’s performance on the Index, Meenakshi Batra, Chief Executive of CAF India said: ‘This report comes at a time when India is reeling under a severe COVID wave. And it is commendable to see India perform well on the Index. It gives a lot of hope to see that people are generously contributing money and time to various causes -- especially COVID relief.’

The WGI is a global survey, which has interviewed more than 1.6 million people since 2009 and asks each of them three questions: have they helped a stranger, given money, or volunteered for a good cause over the past month?

Reading into the numbers, Batra explains: ‘Last year during the nationwide lockdown, jobless migrant workers from across India made a beeline for their villages, on foot, battling hunger and heat. But last year also saw many individuals, volunteers, NGOs, RWAs, spiritual and other community institutions, such as Gurdwaras coming out to help them. About 61 percent of Indians helped strangers last year.