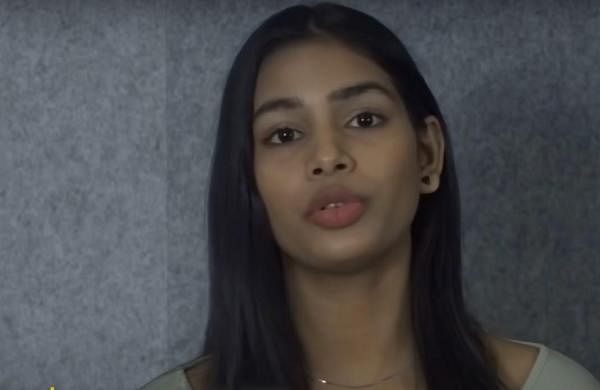 NEW DELHI: Shreya Lenka, an 18-year-old girl from Odisha's Rourkela, has been selected as the fifth member of popular South Korean pop band Blackswan. Lenka, who goes by stage name Sriya, will be joining the original members of the girl group -- Youngheun, Fatou, Judy and Leia -- along with Gabriela Dalcin (Gabi) from Brazil as the sixth member.

Record label DR Music welcomed Lenka and Dalcin on board in an Instagram post. "With their debut, we will be back with the new Blackswan," the post, accompanied with photographs of the new members, read.

Lenka and Dalcin were selected for the band after participating in the six-month-long global auditions, that were announced by DR Music last year after Hyeme left the girl group. DR Music Entertainment Korea director Philip YJ Yoon said Lenka and Dalcin worked well together during the audition process.

"They showed us very positive energy when sticking together and achieving each of the assignments they needed to overcome. It was one of the reasons we decided not to separate them," Yoon told PTI in an email interaction.

As part of the training, which started in December, both the artists had to work on their Korean language, dancing and vocal skills. "The duo will now start preparing for their new album and stage performances," Yoon added. Lenka, a trained dancer, was introduced to K-pop by a friend a few years ago.

She found the choreography in the music videos very attractive and got hooked onto its "unique style" of singing and dancing. Boy band Exo was the teenager's introduction to the world of K-pop and subsequently she fell in love with songs by the BTS, Stray Kids and The Boyz.

In 2020, she saw K-pop record labels open online auditions due to the COVID-19 pandemic and decided to give it a shot. When Lenka's family learnt that she was applying for K-pop auditions, her grandmother introduced her to a classical music teacher.