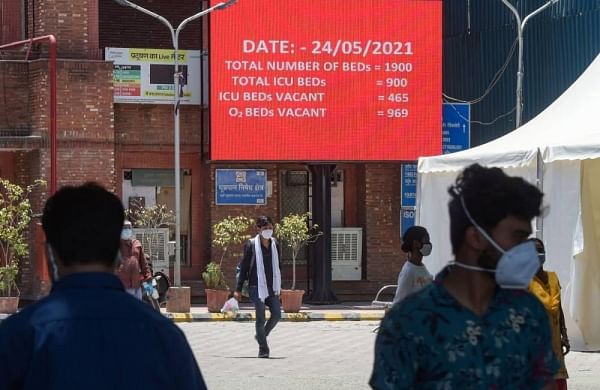 PANAJI: Five people, including two Russian nationals, who arrived in Goa on board a merchant navy ship were isolated after they tested positive for COVID-19 and their samples have been sent for genome sequencing to detect the presence of the Omicron variant, an official said on Monday.

State Epidemiologist Utkarsh Betodkar said the five are being treated as Omicron suspects and the genome sequencing reports are expected to arrive from Pune in neighbouring Maharashtra on Wednesday or Thursday.

"The ship had arrived in Goa on November 18 after leaving Cape Town in South Africa on October 31, and the two Russians had boarded it en route. The testing of crew first revealed one COVID-19 case and then five," he said.

The five have been isolated at the community health centre in Cansaulim as per Central government guidelines for such cases, he added.

"There are a total of 26 people -- 19 positive cases and 7 suspected cases -- in the facility at present. Of the three international travellers who arrived today, two have been found COVID-19 positive. All three are Indians and have come from Dubai, France and the UK," Medical Director Suresh Kumar said.

Delhi reported its first case of Omicron on Sunday -- a 37-year-old fully vaccinated man who arrived in Delhi from Tanzania.

The patient, a resident of Ranchi, had travelled from Tanzania to Doha and from there to Delhi on a Qatar Airways flight on December 2.

He stayed in Johannesburg, South Africa, for a week.

The person has "mild symptoms".

The results of 12 out of 17 samples sent for genome sequencing were released on Sunday.

Eleven of them tested negative for Omicron.

Another official said those who have tested negative for Omicron will be kept at the facility till they test negative for COVID-19 twice.