Omicron is the Usain Bolt among SARS-CoV-2 variants: Expert 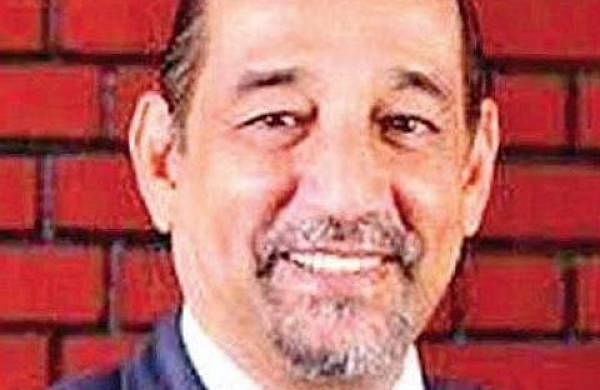 BENGALURU: With the emergence of the Omicron variant of the Covid-19, eminent virologist and nodal officer the INSACOG lab at NIMHANS, Dr V Ravi, who also heads the genome sequencing committee, says that the answer to whether the Indian SARS-CoV-2 Genomics Consortium (INSACOG) is doing its job, is a resounding ‘Yes’. It is important that sequencing is done to pick up the variant quickly and the labs are doing just that, he stressed.

What does the finding of the Omicron variant mean to India?
It means three things — a) Reminder that Covid is still around and everybody has to follow Covid-appropriate behaviour; b) It’s nature’s way of reminding you to take two doses of vaccine; c) Nobody is safe until everybody is safe. We live in a global village. Vaccine access to countries that do not have access should definitely be given.

What makes Omicron different from Delta?
It is different from all other variants for the simple reason that it carries mutations from Alpha, Beta, Gamma and Delta in one bag. In fact, here’s a candidate for the first time in the last nine month’s that’s challenging the Delta variant. Omicron is like Usain Bolt amongst all the SARS-COV2 variants which can spread faster than the others, primarily because it took advantage of all the other variants.

How concerned should we be about this variant’s mutations?
Credible data within Africa showed that from early November, cases from single digit percentage jumped 60-80% in all genomes. Delta is considered seven times more infectious than its predecessor but even that did not rise in such fashion. The virus will be isolated in the next one week. Once we have it, then cell culture experiments comparing infectivity of variants will be done and then we will know how much more infectious this is.

Secondly, the other way of establishing infectivity is by determining the R-naught value (how many people get infected from one person). Also, this variant has 50 to 52 mutations, of which about 28-32 are in the spike protein and 10 to 12 are in the region where the virus binds to the human cell. Omicron is the best key that we have today.

What will be the severity of illness?
An honest answer is nobody knows, as there are no published scientific reports yet. Overall, it all looks like the illness spectrum is like Covid caused by any other variant. A majority are mildly symptomatic, a few have mild to moderate symptoms. No deaths have been reported so far among those with severe symptoms.

Fingers are being pointed at INSACOG for not sampling enough?
In this pandemic, whenever there is an outbreak, the first to be blamed is the virus and the next is the virologist. Alpha was declared as a variant of concern in late November or early December. The Centre set up INSACOG on December 25, the NIMHANS lab in Bengaluru identified the Alpha variant for the first time on December 26. INSACOG identified the Delta variant for the world. Two days after Omicron was declared as a VoC, Karnataka picked it up. Wasn’t that fast enough? Has it missed a variant? Why should every sample be sequenced?  Wearing masks and taking vaccines is the answer.

The Bengaluru doctor had no travel history. Is Omicron already in the community?
I can only tell you that it is very reminiscent of the first wave — the Nanjangud case with no travel history. There was a missing link. Here too, there is a missing link. We will have situations like this. If this missing link had entered India, or Bengaluru or Karnataka sometime late October or early November, we should have seen hundreds of clusters. A single swallow doesn’t herald the summer. If, in multiple cities or districts you see it with similar background, then I would say it’s in the community.