Omicron may already be in India: Dr Gagandeep Kang 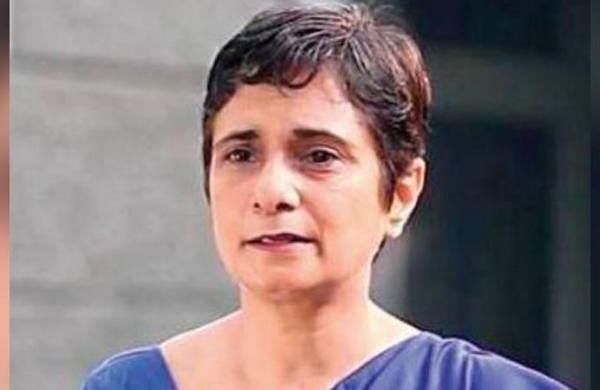 BENGALURU: While fears of the highly divergent Omicron variant of the coronavirus loom large in India, renowned microbiologist Dr Gagandeep Kang has expressed fears that it may have already entered the country. The focus now should be on ramping up genome sequencing and introducing S-Gene PCR testing to quickly detect it and act on containing the spread, she stressed.

Speaking exclusively to TNIE, Dr Kang, microbiologist and virologist, Christian Medical College, Vellore, said, “It’s very likely that this variant is already in much more than the 12 countries identified so far. It may be in India too, but our genome sequencing is so slow that we don’t know if it is here.

There is no use if sequencing data comes one month after an event has occurred. Then, it becomes an academic exercise. It does not help with control of the new variant if it has entered the population. Hopefully now, the sequencing will be faster and we will have an answer to that.”

She explained that this variant has something called as S Gene dropout, which means there’s no need for genome sequencing too if S Gene PCR tests are done. This can give a report on the presence of the Omicron in a few hours.

“This will allow us to get very rapid epidemiological information and once we have that, we will have a sense of spread.” While mutation of the virus was expected, what came as a surprise is that the Omicron has more mutations (30-plus in the spike protein) than any other variants seen before, she said.

‘Rate of infection spread a worry’

To understand transmissibility better, it may take a week’s time, Dr Kang added. “If we have a virus that is spreading easily in a vaccinated population, then there will be a quicker answer to immune escape. In South Africa, only about a quarter of the population is vaccinated, but reports from Israel say that it has infected even those who were triple-vaccinated with mRNA vaccine doses,” Dr Kang explained. But she says the infection is not the worry, it is more about how the disease is behaving, the clinical features it is presenting and whether hospitalisations are going up like in South Africa and elsewhere.

On the increase in clusters in Karnataka, Dr Kang stressed that any crowded event can cause infections, even in the vaccinated population, but added that the rate of spread is worrying. “What one needs to be worried about is transmission of the infection to vulnerable populations. Genome sequencing of such clusters, observing what kind of population is infected, whether it is breakthrough infection, the clinical features, etc., need to be observed immediately, she said. Dr Kang also felt that no government should introduce travel bans.

“It will delay a proportion of new viruses coming in. But we have to remember these viruses spread in asymptomatic individuals. We cannot permanently exclude any variant from travelling unless you shut the world down completely again, and we don’t need to do that,” she said. She suggested that state governments should get to tracking people. Also, sequencing reports should come in faster and the country should define its public health response, she added.

“If the purpose is to prevent Omicron from coming in, then it may already be here. But if the goal is in the short term — to rapidly ramp up testing in the hope of stopping it from coming in — then at least two tests for every incoming traveller have to be done, either before they travel and five days later, or once they arrive in the state and a week later again,” she noted.