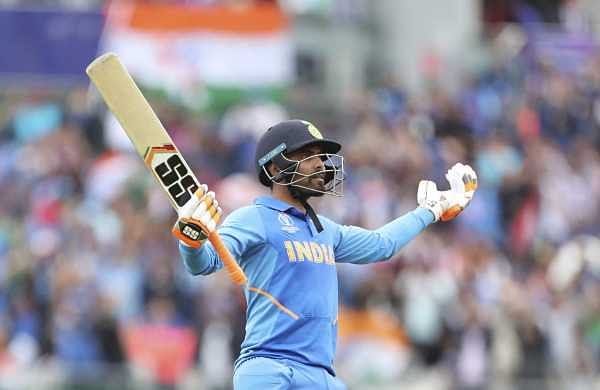 NEW DELHI: On this day in 2019, New Zealand ended India's campaign at the ICC Men's Cricket World Cup as they defeated Men in Blue by 18 runs in the first semi-final at Old Trafford.

Chasing a moderate target of 240 runs, India got off to a horrendous start as New Zealand rattled the top-order. Matt Henry got Rohit Sharma (1) caught behind while Virat Kohli (1) got leg-before off Trent Boult's delivery. Henry returned and engulfed KL Rahul (1), who was also caught behind.

Rishabh Pant and Dinesh Karthik tried to settle in and played cautiously. However, New Zealand piled on the misery as Jimmy Neesham caught a brilliant catch in the gully to see off Karthik (6) off Henry. Pant found support in Hardik Pandya and the duo added 47 runs for the fifth wicket.

Kiwi skipper Kane Williamson brought in Mitchell Santner and the latter did not disappoint as the spinner dismissed Pant (32). Santner returned and sent Pandya (32) back to the pavilion, reducing India to 92/6 after 30.3 overs.

MS Dhoni and Ravindra Jadeja rebuilt India's innings as the duo added 116 runs. Dhoni assumed the role of second fiddle to Jadeja, who played aggressive shots from ball one and along the way completed his fifty. Boult tilted the table and again put India under pressure as dismissed Jadeja (77), who played a skier and gave a comfortable catch to Williamson at long-off.

As the onus shifted on Dhoni, Martin Guptill pulled off a brilliant run out and dismissed Dhoni (50). When India needed 24 runs off nine balls, Lockie Ferguson bowled Bhuvneshwar Kumar for a duck and Neesham completed the formalities as he got Yuzvendra Chahal (5) caught behind. India was wrapped up on 221 after 49.3 overs.

Earlier, Ross Taylor and Williamson dragged New Zealand to post 239 runs for the loss of eight wickets in a rain-hit innings after electing to bat first.

This was the last match in which Dhoni donned Indian jersey as he has not played any international game for the country since then.

In the summit clash of the tournament, New Zealand faced a defeat at the hands of England and Three Lions lifted their maiden title at Lord's Cricket Ground on July 14, 2019.