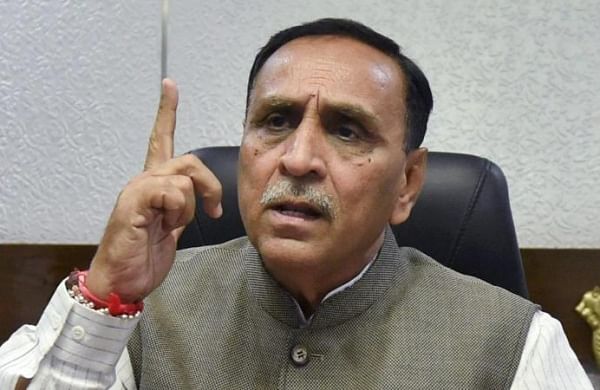 RAJKOT: Amid a controversy over a cricket stadium in Gujarat being renamed after Prime Minister Narendra Modi, Gujarat Chief Minister Vijay Rupani on Wednesday clarified that the name change involves only the Motera stadium and the sports complex where it is located will continue to be named after Sardar Vallabhbhai Patel.

Hitting out at Congress, he said, "We are building a sports complex on a 233-acre land and have named it as Sardar Patel Sports Complex. Only the cricket stadium has been named Narendra Modi Stadium. So Congress has no right to criticise."

Earlier taking a dig, Congress leader Rahul Gandhi again invoked his 'Hum do humare do' jibe, claiming that the truth was out with the stadium having the Prime Minister's name.

"Maybe they just realised the stadium was named for a Home Minister who had banned their parent organisation! Or maybe this is advance booking to ensure the next visiting Head of State is hosted here, like Trump? Or is this the beginning of a legacy-creation-thru-labelling spree?" Congress leader Shashi Tharoor tweeted.

The newly-built Motera Stadium was renamed the Narendra Modi Stadium on Wednesday ahead of the pink-ball Test between India and England. Home Minister Amit Shah and Union Minister for Youth Affairs and Sports Kiren Rijiju were also in attendance on the occasion.