Opening up the treasure trove of GST data 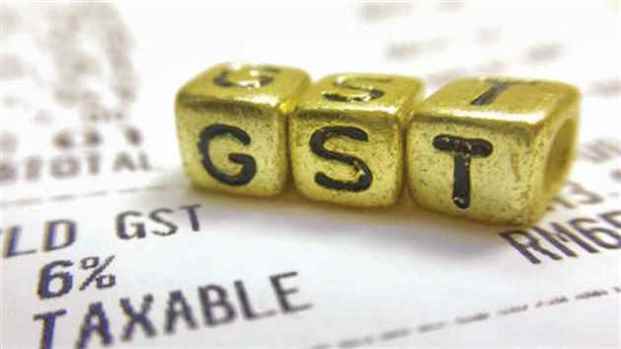 India's data generation in the digital age has seen tremendous qualitative advancements in the past few years. But our statistical architecture has not necessarily been able to keep pace.

To give institutions their due credit, a plethora of indicators, especially during the pandemic, have allowed researchers and policymakers to better understand the dynamics of the complex economy. This has brought with it newer series of administrative datasets, such as payroll data and creation of dynamic dashboards to help track outcomes on a near real-time basis. Data, including freight traffic, customs clearance, airport footfall and retail activity, can now be tracked almost on a daily and real-time basis, given their digital footprint.

One database, perhaps the most critical, is yet to be mined -- GST data.

The GST database is one of the most crucial high-frequency, real-time barometers of the economy that is available from the government. The weekly e-way bills, which though now discontinued, gave a clear picture of the pulse of the formal economy. Monthly GST collections and the various cross-sectional distributions, whether by product or geography, can inform and drive several now casts of economic health by policy makers and institutions to make better informed decisions.

For the past five years, the GST Council and Ministry of Finance have released only consolidated data by the States and the nature of collections. However, the consolidated GST collections are just the tip of the iceberg, and while the data provides a sense of economic direction, it could be further disaggregated to illuminate sectoral disparities.

This includes data on performance of various industries, both at national and at sub-national levels. Equally important is the data composition classified on the basis of goods and services -- again both at national and sub-national level. While there could be a debate about the level of granularity, as a starting point, we believe the GST Council should mandate that the data be broken into at least goods and services, even if the further disaggregation is some time away.

Ultimately, disaggregated tax data could help the Government better identify and understand business cycles, especially enabling them to identify areas of intervention specific to sectors or regions. The same is true even for State Governments as it will provide them a detailed snapshot of disaggregated economic activity at the state level, paving the way for tax data to operate as proxy for GDP aggregates, which are available with a much longer lag.

To begin with, while large states can and should be using the GST breakdowns, there is also merit in developing and sharing this information with other institutions such as the Reserve Bank of India, which have been early adopters and users of granular databases for economic modelling. It would also assist in eventually building a broad retail sales indicator for India, which though sitting within the formal sector, could provide a breakdown between consumer and producer behavior, providing economic policymakers with a comprehensive gauge of sales, consumption, inventories and orders.

Furthermore, given that this data is administrative in nature, it would be free from any sampling concerns and would not be affected by issues of hedonistic consumption changes that our macro aggregates often do not account for.

Another important use of this data would be in preparation of national accounts, especially at the state and city level.

Under the new methodology based on the UN System of National Accounts, India currently uses primarily the MCA21 database for its GDP estimates. The GST data can augment the MCA21 database and add to the overall information that feeds into preparation of our national accounts. In addition, the GST data can help with reconciliation of the MCA21 database, thereby helping address some of the issues that have been identified with the use of MCA21 data. Such changes in preparation of national accounts will require time and wider stakeholder discussions. However, releasing more information from the aggregate and disaggregated GST data would be a good first step in utilising the massive amount of data that is collected on a regular basis. (THE NEW INDIAN EXPRESS)