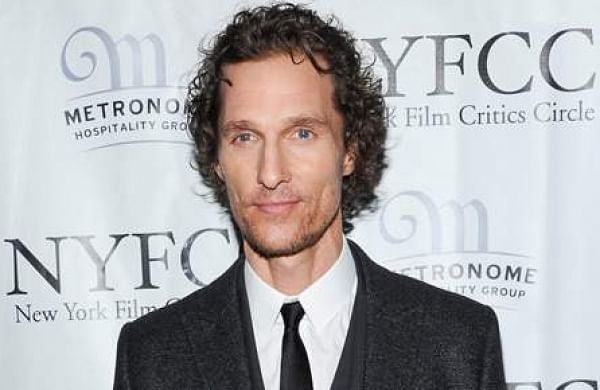 WASHINGTON: After delivering several superhit flicks in Hollywood, actor Matthew McConaughey hinted at exploring a career in the WWE.

According to PEOPLE magazine, McConaughey who is an avid wrestling fan made heads turn when he dropped hints to join wrestling during the latest episode of 'Better Together' podcast by Maria Menounos.

"I'll say not too much 'cause as you know, can't say too much about these things. But it is something that interests me," PEOPLE quoted the Oscar-winning actor as saying.

The 'Interstellar' actor isn't the only person in his family who enjoys wrestling. During the podcast, the star revealed that he watches WWE events with his three kids.

"I love the suspension and disbelief, 'cause my kids and I watch it. And they're starting to get that when they go, 'Oh this is fake.' I'm going, 'What are you talking about? No way!' Because I won't give them the wink yet, but they're starting to get that in there, there's a bit of one, ya know? Two of them are like, 'this isn't fake, it's real'," PEOPLE quoted him as saying.

The 51-year-old actor also recalled one of his conversations with the wrestler-turned-actor Dwayne Johnson.

"The Rock was telling me his story, about his storyline from good guy to bad guy, and how he felt it click in one night while he was there like, 'Oh I just hooked him'," McConaughey said.

The outlet also reported that the 'Ghosts of Girlfriends Past' actor was also once spotted in the virtual audience of the WWE Thunderdome that took place in October 2020. He was seen cheering on Drew McIntyre in the match against The Miz.