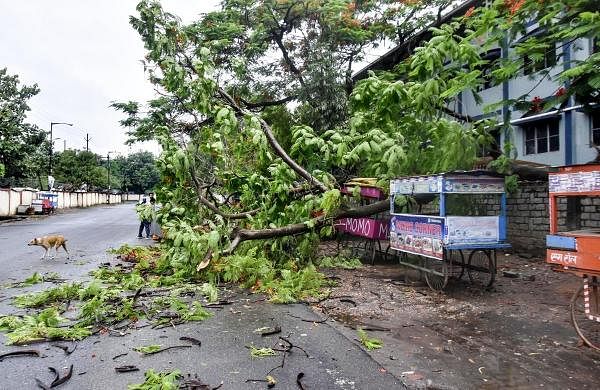 NEW DELHI: Outdated baseline data was used for projects cleared in coastal areas, non-evaluation of environmental impact of projects, projects approved by the union environment ministry despite several inadequacies in the project proposals, these are some of the key issues flagged by the country’s auditor CAG in a report on the assessment of project clearances in disaster-prone coastal areas.

“The projects were approved despite inadequacies in the Environment Impact Assessment Reports which included non-accreditation of the consultant involved with the preparation of the EIA Report, usage of outdated baseline data, non- evaluation of environmental impacts of the project, non-addressal of disasters which the project area was prone to,” said the report ‘Conservation of Coastal Ecosystem’ tables in the Parliament on Monday.

The national auditor noted that instances were observed where Expert Appraisal Committees (EAC) granted clearances, though domain experts were not present during the project deliberations.

Also, cases were noted where the members of EAC were less than half of the total strength during the deliberations as there was no fixed quorum for EAC members.

The Government has issued notifications under Section 3 and 5 of Environment Protection Act 1986 to regulate the activities in coastal space so as to protect the coastal environment from various anthropogenic activities. Coastal Regulation Zone Notification (CRZ) 2019 was implemented by Union environment ministry.