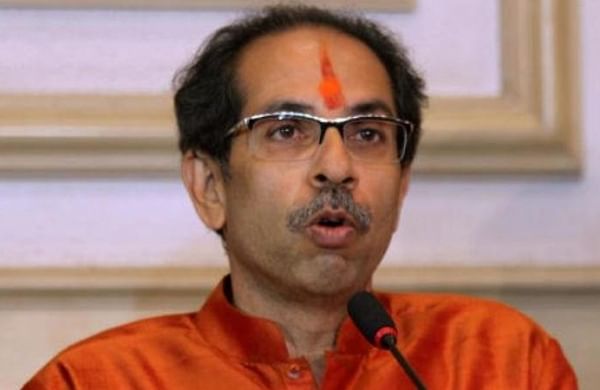 MUMBAI: Maharashtra Chief Minister Uddhav Thackeray’s flagship scheme – Shiv Bhojan has turned out to be a boon for migrant workers and the destitute people during the lockdown as over one crore meals have been served across the state at subsidised rates.

Since January 26, 2020, over one crore plates have been distributed to poor and needy people in a time of unprecedented crisis.

Chief Minister Uddhav Thackeray said that the scheme has been a great relief to the state's poor.

There are 848 centres functioning in the state under Shiv Bhojan Yojana and this scheme is being implemented up to taluka level by expanding the scheme.

Through the 848 centres functioning in the state under the Shiv Bhojan Yojana, the scheme's benefits expand up to the Taluk level.

The implementation of Shiva Bhojan scheme was started in the state on the occasion of Republic Day to provide food at discounted rates to the poor and needy, according to the state government.

Thackeray said that after the outbreak of the novel coronavirus, food was provided under the scheme at Rs 5 per plate.

“The state Food and Civil Supplies Department monitored and managed the scheme in a very efficient manner during this difficult time. All the staff-officers of this department worked diligently,” Thackeray said praising the people who worked in Shiv Bhojan Kendra’s.

Up to 1.95 lakh food packets are supplied to patients in BMC's COVID care centres.

After complaints of corruption cropped up that poor quality food was being served at COVID care centres, the Brihanmumbai Municipal Corporation issued guidelines that henceforth, food supplying contracts will be allotted through the e-tender rather than current e-quotations.

It was alleged that the BMC was allotting these contracts without any tender or to those who are close to the Shiv Sena leadership.

Raj Thackeray led MNS on Tuesday protested against the low quality of food supply and demanded inquiry. A scuffle broke out between BMC and MNS workers at Ghatkopar.