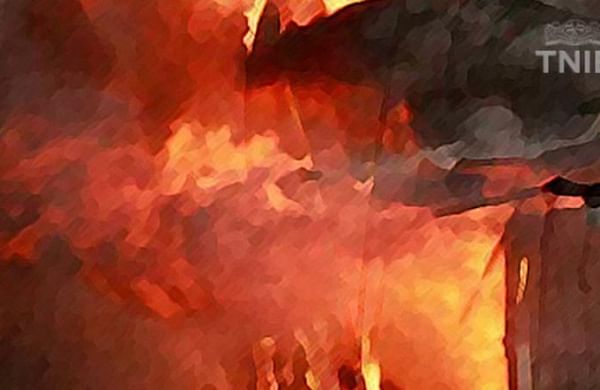 BARUIPUR: Over a hundred shops were gutted as a major fire ravaged a market in Baruipur town in West Bengal's South 24 Parganas district in the early hours of Tuesday, officials said.

The fire was noticed by locals around 2 am at a cloth godown in Baruipur Kachari Bazar and within minutes it spread to the entire market, they said.

Shop owners alleged that fire tenders arrived late to the spot due to which the fire could spread further.

Initially, two fire engines were rushed but as the flames continued to rage 11 more were sent, officials said.

Non-availability of water in the area also hampered fire-fighting operations, they said.

Later, a water tanker was brought in from Kolkata, around 15 km away. The fire could be brought under control only around 7 am, they added.

A preliminary investigation found that the blaze was caused by an electrical short-circuit, fire officials said.

A senior fire official said initially there were some problems with water, but later tankers were brought in from various areas and the blaze could be doused.

Traders said goods worth crores of rupees were lost in the fire, besides over a hundred cloth stores being gutted.