Pak teen, who accidentally crossed over to India, sent back almost after 2 years 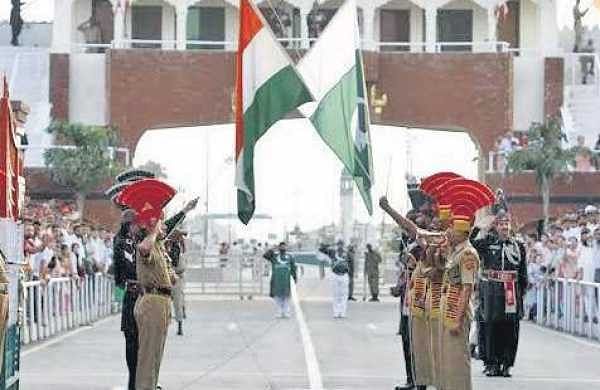 CHANDIGARH: A 17-year-old Pakistani boy was on Tuesday repatriated to the neighboring nation where he will reunite with his family after almost two years when he inadvertently crossed over to the Indian territory in 2018.

After he was released from a juvenile home in Punjab's Hoshiarpur district on Tuesday morning, Mubashar Bilal, a resident of border village Wazirpur of Pakistan's Kasur district, was taken to the Attari-Wagah border in Amritsar for handing him over to Pakistani authorities, officials said.

Bilal, who is also known as Mubarak, was handed over to the Pakistani Rangers by the Border Security Force (BSF) personnel at around 1:30 pm, they said.

He crossed over to Pakistan on the basis of the 'Emergency Travel Certificate' issued by the Pakistan High Commission.

Talking to reporters at Attari in Amritsar, Bilal said he was "very happy" to return to his family in Pakistan.

"I am very happy today (to return home)," said an elated Bilal. He also praised Indian authorities for treating him well and said that he was indebted for that.

Bilal said he had left home in a huff following a fight with his family members.

"There was a bit of a fight at home and I left it in anger. I could not come to know (entering India) and then I was caught by the BSF personnel," Bilal said, adding that he spent almost 20-22 months here.

"I have a mother, brother, and sister there (in Pakistan)," he replied to a question.

Asked whether he will come to India again if he gets a visa, he replied, "surely."

Earlier during the day, Hoshiarpur Deputy Commissioner Isha Kalia said Bilal was released from a juvenile home at 7 am on Tuesday.

An order pertaining to his release from the Centre was received five to six days back, Kalia told PTI.

He had been kept in a juvenile home in Hoshiarpur after he was held by the Border Security Force in February 2018.

He was held from Khemkaran village of Punjab's Tarn Taran district and was later booked under the relevant sections of the Foreigners Act and the Passport Act.

He was acquitted of all charges by the Juvenile Justice Board in September 2018.

Hailing from a poor family, his father Mohammad Akbar was reportedly a daily wager in Pakistan and was longing to have a glimpse of his son ever since he left home.

Bilal's father reportedly had even raised the demand for repatriation of his son in the Pakistani media.

Later, various social activists in India had launched a campaign for the release of Bilal and his repatriation to Pakistan.

(THE NEW INDIAN EXPRESS)
488 Days ago