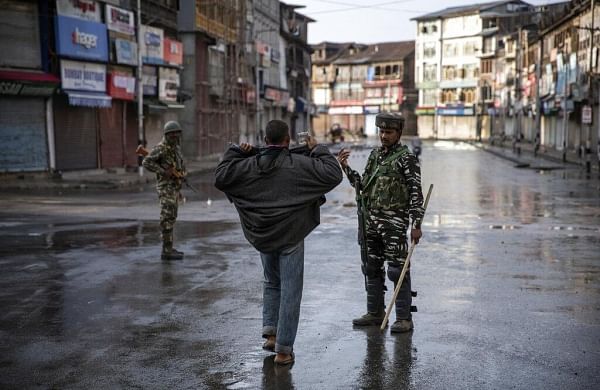 BENGALURU: PM Narendra Modi’s visit to Ladakh is a clear “message to China and Pakistan that India will give a fitting reply to anybody who challenges the country’s sovereignty and intrudes in our territory,” said a security expert.

With China engaging the Indian troops in Eastern Ladakh, Pakistan has intensified terrorist operations in Jammu and Kashmir and is pushing terrorists and arms and ammunition into Kashmir from its launch pads across the LoC.

“What is happening on either side of our borders is clearly a joint operation of China and its ally Pakistan,” he added.

This year the forces have eliminated 128 militants till June 30, according to Dilbag Singh, DGP, J&K. In June, 48 militants were killed.

“Pakistan has intensified its terrorist operations and is also radicalising and arming Kashmiri Muslim youth, who are joining the militant ranks for want of better alternative and for mass identity and following,” said a source.

“Those who have joined militancy are not rabid religious or political ideologues. They are internet-driven educated youth, who are drawn to violence and the publicity they get as poster boys of terrorist organisations flaunting assault rifles. Thousands would turn up for the funerals of terrorists and this is used as a bait for recruitment of local youths,” he said.