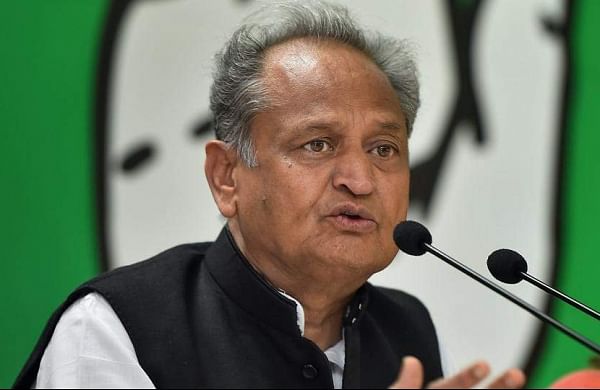 JAIPUR: Rajasthan Chief Minister Ashok Gehlot on Monday said that the Censor Board should intervene and take cognisance over the issue of the portrayal of Maharaja Surajmal in film 'Panipat'.

"The reactions that are coming about the portrayal of Maharaja Surajmalji in the film now, such a situation should not have been created. The censor board should intervene and take cognisance of it. Distributors should immediately communicate with the people of the Jat society regarding the performance of the film," Gehlot tweeted in Hindi.

In another tweet, Gehlot said that before making a film one should keep in mind that the portrayal of any character does not hurt any religious or class' sentiments.

"Before making a film one must make sure to show one's personality in the right perspective so that there is no controversy, I believe that art should be respected by the artist but they should also take care that any caste, religion, class, the legends and gods of the world should not be insulted," said Gehlot.

The movie, which is based on the third battle of Panipat and directed by Ashutosh Gowariker, found itself caught up in a spat on Sunday after two days of its release.

Featuring events that lead to the battle in 1761, the film stars actor Arjun Kapoor in the role of Sadashivrao Bhau, who led the Maratha army during the battle against the invading Afghan army.

"The portrayal of a loyal, devoted and kind-hearted emperor Maharaja Surajmal in the film 'Panipat' by the filmmaker of the movie in wrong light is condemnable," Raje tweeted.

The Jat ruler Maharaja Surajmal's descendant also demanded a ban on the movie for allegedly portraying him in the wrong light.