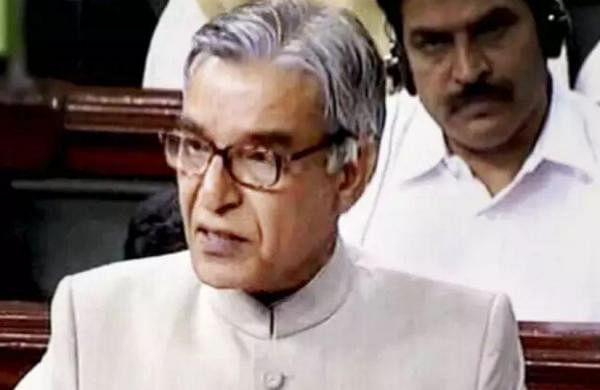 NEW DELHI: Who will step into Ahmed Patel's shoes? The Congress has started the hunt for the party’s treasurer while names of many senior leaders such as Kamal Nath, Ashok Gehlot, and Digvijay Singh are doing rounds but for the time being former Union minister Pawan Kumar Bansal has been handed over the charge on a temporary basis.

The party held discussions over names of some senior party leaders including key members of Team Rahul but Bansal, in charge of party administration, has been brought in as a stop-gap arrangement while Congress chief Sonia Gandhi gives a go-ahead for someone to replace the post fell vacant after the demise of her trusted lieutenant Patel.

The party is looking for someone who enjoys amicable relations both with the young and old leaders, who are at crossroads over several internal issues in the party. Patel, who passed away Tuesday due to Covid-19, was known to act as a bridge between the two sides.

According to party sources, Bansal and party general secretary Mukul Wasnik were discussed for interim charge and the party high command gave approval for Bansal.

“Discussions were held on a few names but for the time being it was decided to have an interim arrangement,” said sources.

Wasnik was part of the 23 senior party leaders who wrote to Sonia Gandhi in August this year, seeking organizational elections and the appointment of a full-time president.

“The Congress president has assigned the additional responsibility of AICC treasurer to Pawan Bansal, in charge administration, as an interim measure to look after the duties of treasurer with immediate effect,'' said a communiqué issued by the party.

Keeping in mind the upcoming assembly elections in five states, the party is looking for a trusted hand who can also work with state units and also generate resources.

Former Madhya Pradesh CM Kamal Nath, who is known to have good relations with the corporate sector, is seemingly one of the front runners for the post. He is the president of the MP Congress and leader of opposition in the state assembly. Gehlot is another name doing rounds but he is unlikely to shift to Delhi, and Rajya Sabha MP Digvijay Singh’s name was also discussed. Among leaders close to Rahul Gandhi, the name of organisation in-charge KC Venugopal and the media in charge RS Surjewala were also floated.