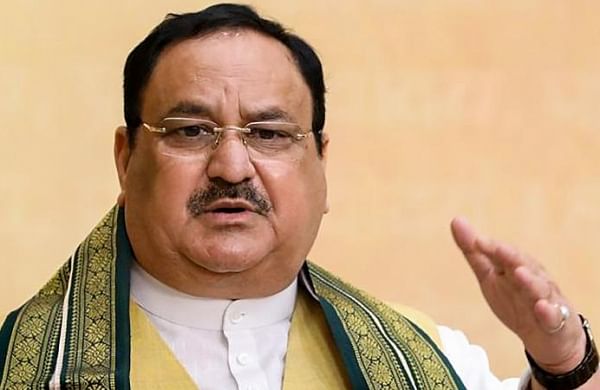 PANAJI: BJP president J P Nadda on Sunday termed as baseless the Pegasus snooping allegations, and hit out at the opposition parties over it saying that there was no issue left with them.

He also said that although the Centre was ready to hold talks over different issues, the "disappointed" and "issueless" opposition parties led by Congress were disrupting the proceedings of Parliament.

Nadda was speaking to reporters here at the end of his two-day Goa visit.

Replying to a question over the Pegasus snooping row, he said, "It is baseless. It is issueless. The opposition parties led by the Congress do not have any issue which they want to raise for people. That is why they raise this kind of issue."

Last Sunday, an international media consortium had reported that over 300 verified Indian mobile phone numbers, including of two ministers, over 40 journalists, three opposition leaders besides scores of businesspersons and activists in India, could have been targeted for hacking through the Pegasus spyware of the Israeli firm NSO.

However, the government has been denying all Opposition allegations in the matter.

Speaking about frequent disruptions of the parliamentary proceedings, Nadda said, "We are ready for all types of discussion, but Congress along with other opposition parties, has become disappointed and issueless and hence resorts to such disruptions. They do not know what to do. They want to stop Parliament over issueless things."