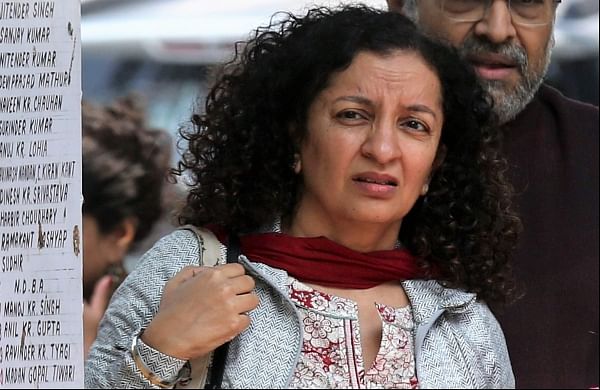 NEW DELHI: Journalist Priya Ramani told a Delhi court on Wednesday that she "pleaded truth" as her defence in a criminal defamation complaint filed against her by former Union minister M J Akbar.

She told the court that her disclosure about alleged sexual misconduct by Akbar around 20 years ago when he was a journalist was made in good faith and for public good.

Akbar had filed the complaint against Ramani for allegedly defaming him by accusing him of sexual misconduct.

Ramani had said the allegations against Akbar, made in the wake of #MeToo movement in 2018, were her truth.

"I have pleaded truth as my defense, that my disclosure was made in good faith, for public good. The reason I have done so because it touched a question of public importance. The court will have to come to a conclusion that although an imputation was made, no case for defamation is made out. At the very first instance, I specifically pleaded truth as my defense," John said on behalf of Ramani.