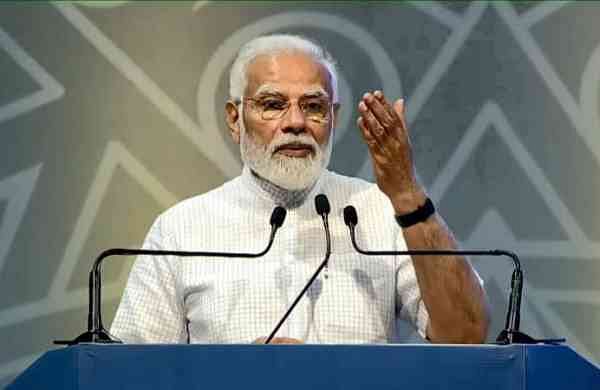 India's biggest Bharat Drone Mahotsava-2022 gets underway with a resolution to enhance the adoption of drone technology in running various initiatives in governance on Friday at Delhi's Pragati maidan.

Prime minister Narendra Modi after inaugurating it, said that drone technology is emerging as an immense opportunity for employment generation in addition to serving people in remote areas during adverse times.

Spelling out the growing importance of drone technology, PM made an appeal to the talents working in the drone industry to make it available to the causes of services to the people. He said that drone technology is emerging as means of assistance in every field of life.

"India is moving towards becoming an expert in drone technology and its usage is becoming larger every day in the country", PM assorted, adding that more and more experiments are being carried out in the drone technology.

He also asked the department to consider drone technology in rendering services to the nation. He elucidated how drone technology has been used in the past during times of crisis, say vaccination and other medical emergencies.

A two-day long Bharat Drone Mahotsava has been started here at which more than 70 drones are on display. The PM also provided remote drone pilot certificates to drone pilots.