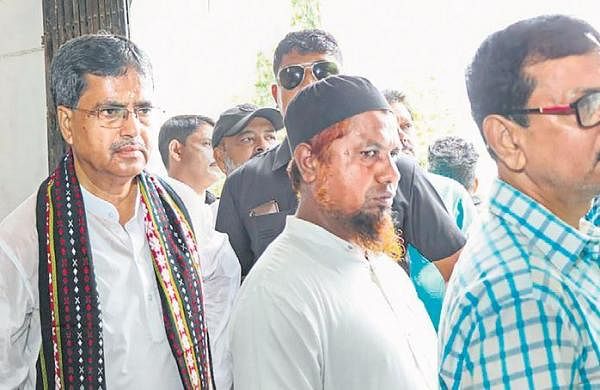 LUCKNOW:  The bypolls to two Lok Sabha seats in UP on Thursday recorded a poor average voting percentage of 43.8. While Rampur recorded 39.02 per cent turnout, Azamgarh fared slightly better with 48.58 per cent till 6 pm, till the reports last came from the state election office.

However, the figure of voting percentage may improve when the updated figure is released on Friday. The low turnout indicated a neck-and-neck fight on both seats. While the poll panel claimed that polling progressed peacefully without any “serious complaint”, Arvind Kumar Singh, secretary of Samajwadi Party, shot off a letter to the EC alleging that his party’s booth agents had been removed from all the polling centres in Azamgarh. Singh demanded the panel to ensure free and fair elections. Both seats are SP strongholds.

Sangrur witnesses just 36% polling in by-election
Chandigarh: A low turnout of just over 36 per cent was recorded till 5 pm in the bypoll to the Punjab’s Sangrur Lok Sabha constituency on Thursday. In the 2019 Lok Sabha polls, Sangrur had recorded a poll percentage of 72.44. The polling on Thursday started at 8 am and was scheduled to continue till 6 pm. According to the Election Commission, the polling percentage at 5 pm stood at 36.40 per cent.

Sporadic incidents of violence during Tripura bypoll
Guwahati: Sporadic incidents of violence were reported during by-elections to four assembly constituencies in BJP-ruled Tripura on Thursday. There was no loss of life. A constable was stabbed by miscreants in Agartala. Till 5 pm, 76.62% polling was recorded. The bypolls were held in Agartala, Town Bordowali, Surma and Jubarajnagar constituencies. Two prominent candidates were Chief Minister Manik Saha (In picture) and former BJP minister Sudip Roy Barman.