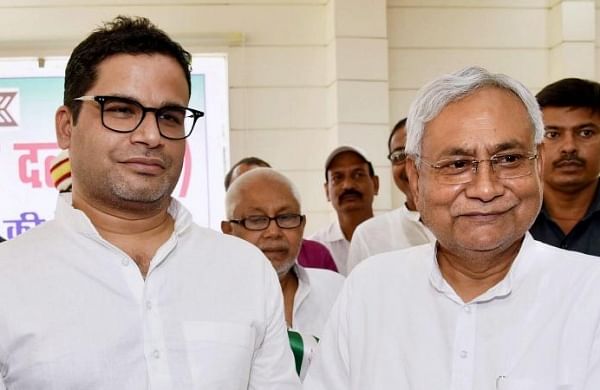 Janara Dal-United (JDU) leaders Prashant Kishor and Pavan Varma have been expelled from the party for indulging in 'anti-party activities'.

Former JD(U) vice-president and poll strategist Prashant Kishor gave a stinging reply to Bihar Chief Minister Nitish Kumar's claim that he was inducted into the party on the recommendation of Union Home Minister Amit Shah.

Prashant Kishor declared the statement of Nitish Kumar saying he was inducted into the party because Amit Shah asked was a 'lie'.

Chief Minister Nitish Kumar, without naming Kishor, made a statement saying 'Someone wrote a letter I replied to it. Someone is tweeting, let him tweet. What do I've to do with it? One can stay in the party (JD-U) till he wants. He can go if he wants...Do you know how did he join the party? Amit Shah asked me to induct him,' on Tuesday.

Last month, Kishor had said it is only Bihar CM, who can tell under what circumstances the party supported the Citizen (Amendment) Bill in the Parliament.

(THE NEW INDIAN EXPRESS)
158 Days ago