Premature babies, kids with ailments prone to have high BP 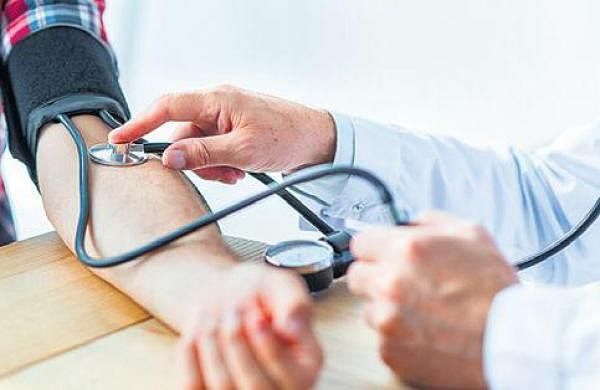 NEW DELHI: Hypertension is not just a medical condition faced by adults. Children as young as one year are getting high blood pressure in India, primarily those who are prematurely born, suffering from cardiac abnormalities, kidney diseases, and cancer.

What is needed is a massive awareness among parents and paediatricians about its grave repercussions, if not diagnosed in time, said experts and doctors.

According to Dr Sumita Saha, consultant pediatric and neonatology, Fortis Hospital, Anandapur, Kolkata, it is believed that hypertension or high blood pressure is a condition that generally impacts people in their 40s and 50s.  However, in recent times very young children are getting hypertension, mostly those with underlying diseases.

“This is a grave medical issue, as many parents are unaware that children can get affected by hypertension, which leads to delay in the prognosis, misdiagnosis, and adverse outcomes that can affect the child's overall well-being,” she told this newspaper.

She said children above the age of three should have their blood pressure checked every year if they were born before 32 weeks of pregnancy and weighs less than 1800 grams at birth, have cardiac abnormalities during childbirth, have recurring UTI or other kidney conditions, family history of any kidney disease, undergone organ transplants, or suffering from cancer.

“Hypertension among children is a concern, but it is not a priority in India,” he said, adding that he has seen a child as young as six months old detected with hypertension.

What is of concern is hypertension among children who have no “underlying cause,” said Dr Nameet Jerath, senior consultant, Pediatric Pulmonology and Critical Care, Indraprastha Apollo Hospitals, New Delhi.

Dr Manish Mannan, Head of Department, Pediatrics and Neonatology, Paras Hospitals, Gurugram, also said that in some adolescents who are obese and have a poor lifestyle, hypertension had been observed.  Both said there are medicines, but lifestyle changes, weight control and physical exercise could be controlled among children.

Blood pressure reading for pediatric age groups varies according to age and height. Only paediatricians would be able to interpret the correct reading for that particular age and height. “By definition, any child reading more than 95th centile for his age would be categorised as hypertensive,” said Mannan. Saha said what is of utmost importance is awareness among children, parents and even paediatricians.

“Many clinics and hospital OPDs even lack a blood pressure machine and different sizes of blood pressure cuffs and blood pressure charts for children. The need of the hour is to create awareness about this condition so that it does not become a significant health crisis in the future."