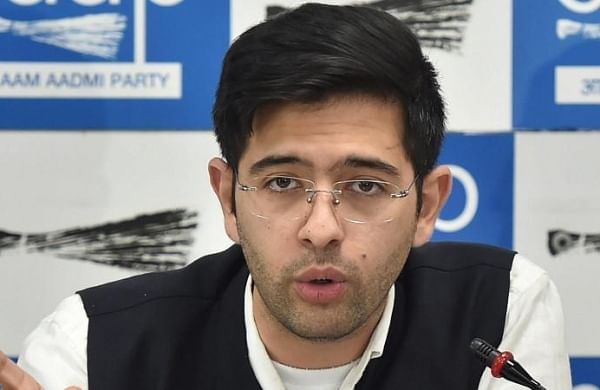 NEW DELHI: The Aam Aadmi Party on Friday accused Punjab Chief Minister Charanjit Channi of “cutting a deal” with the Bhartiya Janata Party over the extension of BSF jurisdiction in the border state. AAP’s Punjab unit co-incharge Raghav Chadha, while calling it a “mockery of the mandate”, claimed that even though 3,000 kg heroin was seized in Gujarat, the BSF’s jurisdiction in the state was decreased by 37.5 per cent. However, it was increased in Punjab for “no reason”. With the new arrangement, the entire Majha region and most of Malwa and Doab will now be under “BJP’s jurisdiction”, he claimed.

“Punjab Chief Minister Charanjit Singh Channi has voluntarily handed over the key to 50 per cent of Punjab to Narendra Modi. He pretty much gave away 50 per cent of the territorial jurisdiction and happily placed 100 per cent federalism at the PM’s feet,” said Chadha attacking the new chief minister of Punjab.The AAP, which will be fighting assembly polls in the state next year, has been hitting out at both Congress and Siromani Akali Dal, and presenting itself as the best alternative for Punjab.

It has a good presence in the state and party supremo Arvind Kejriwal has been visiting the state in the past few months, making promises of providing good governance based on ‘Delhi Model’ if voted to power. Earlier, the Ministry of Home Affairs (MHA) extended the jurisdiction of BSF up to 50 km within the international border in Punjab, West Bengal and Assam. The BSF’s powers, which include arrest, search and seizures, were limited to 15 km in these states.