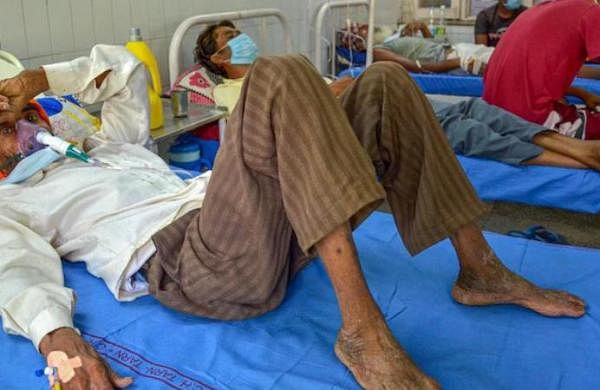 CHANDIGARH: Even as the death toll in the hooch tragedy climbed to 166 and 12 more were apprehended in connection with the case, it has come to light that the Punjab Police and the state Excise department were aware about 550-odd spurious liquor manufactures and smugglers operating in the state.

The intelligence wing of state police had given a confidential report in this regard to both these departments 11 months ago, but no action was taken. The police on Monday apprehended two businessmen and launched a manhunt for a Ludhiana-based paint business owner who had initially supplied three drums of spurious liquor that had triggered many deaths.

The total number of arrests in the case has gone up to 37, including five kingpins of the illicit liquor mafia across several districts of the state. “A manhunt has been launched for 8 more accused, including the Ludhiana-based paint shop owner, Rajesh Joshi, believed to be a kingpin in the mafia chain,” said DGP Dinkar Gupta.

Sources said that as per initial investigation it has come to light that the equal amounts of water and denatured spirit which is meant for industrial use (in the paint and hardware industry) was to mixed to produce the spurious liquor, a procedure followed by these alleged manufacturers to prepare this liquor by heating it at 150 degrees Celsius.

This denatured spirit contains 70% to 99% ethanol and is most often it is denatured with at least 5% to 10%methanol, besides additives.