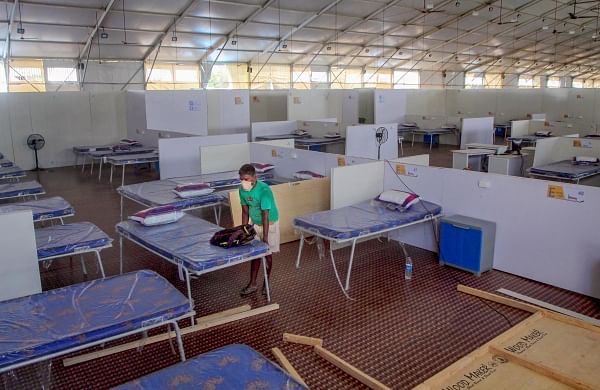 NEW DELHI: Domestic flight service will resume on Monday after a two-month forced coronavirus break, but whether or not you will have to undergo quarantine will depend on the state you fly into. With the Centre on Sunday allowing states to set their own quarantine protocols, travelers were left scratching their heads to figure out what would happen when they reach their destination.

Andhra inserted a second layer, saying institutional quarantine would be enforced for those coming from high incidence states like Delhi, Gujarat, Rajasthan, and metros like Chennai and Mumbai. But why would anyone on, say, a business trip want to be quarantined if they plan to return within a few days? While announcing the resumption of flights last week, Civil Aviation Minister Hardeep Puri had admitted that quarantine for asymptomatic fliers did not make sense.

The minister’s persuasive skills were severely tested on Sunday, with him tweeting well past 9.30 pm: “It has been a long day of hard negotiations with various state govts to recommence civil aviation operations in the country.

Except for Andhra Pradesh which will start on 26/5 & West Bengal on 28/5, domestic flights will recommence across the country from tomorrow.” While West Bengal wanted flights put off till Thursday because of the cyclone, regular services in Andhra Pradesh will resume from Tuesday.

Other states like Telangana and Rajasthan did not have any issues with arrivals. Maharashtra hemmed and hawed but finally decided to allow 25 flights in and out of Mumbai while underscoring the home quarantine point.

Earlier in the day, Chief Minister Uddhav Thackeray put up stiff opposition to the resumption of air traffic because its airports in Mumbai, Pune, and Nagpur continue to be in the red zone. Much later, another minister Nawab Malik said 25 flights will be operated from Mumbai.

Odisha took the position of allowing all domestic fliers to travel for work without quarantine if they return within 72 hours. UP, while emphasizing on quarantine, said it would follow protocol, including sticking a flag at the house of the flier indicating the quarantine.

In the end, exasperated Twitterati Gaurav Agarwal said, “@MoHFW_INDIA @MoCA_GoI so many instructions issued for domestic travel... on top of this every state is acting funny and talking of own rules like 14-day quarantine. Better not to travel.”