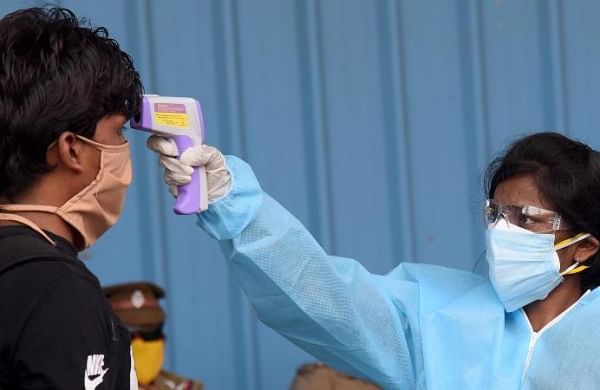 NEW DELHI: Two persons travelling in different flights have been found positive for Covid-19 in the past 24 hours. In the first incident, an Alliance Air employee, who as a passenger on Air India’s Delhi-Ludhiana flight on Monday, tested positive. Following this, 36 passengers on the flight along with five crew members were put in institutional quarantine as per Punjab government rules.Alliance Air, which operates regional flights, is a subsidiary of Air India.

“The passenger who works in the security department of Alliance Air was travelling on a paid ticket,”Air India stated.The flight was operated on May 25, when domestic flight services resumed after remaining grounded for two months.In a similar instance, two passengers travelling from Ahmedabad to Guwahati on SpiceJet were found positive upon testing at the destination. They had travelled on May 25 from Ahmedabad to Delhi and onwards to Guwahati.

On Tuesday, a passenger on an IndiGo flight from Chennai to Coimbatore had tested positive for coronavirus. IndiGo grounded the entire crew of the flight for 14 days and said they were trying to reach out to the passengers of the flight as per government norms.

The passenger has been quarantined at ESI state medical facility at Coimbatore.Quarantine guidelines vary from state to state.While many States have made home quarantine mandatory for every passenger, some  others are insisting on institutional quarantine for those coming from other places.India on Monday resumed domestic passenger flights after a gap of over two months since the nationwide lockdown was imposed on March 25.

Virus can’t spread during flights: CDC
Viruses don’t spread easily on flights because of “how air circulates and is filtered on airplanes”, the US Center for Disease Control and Prevention said Wednesday