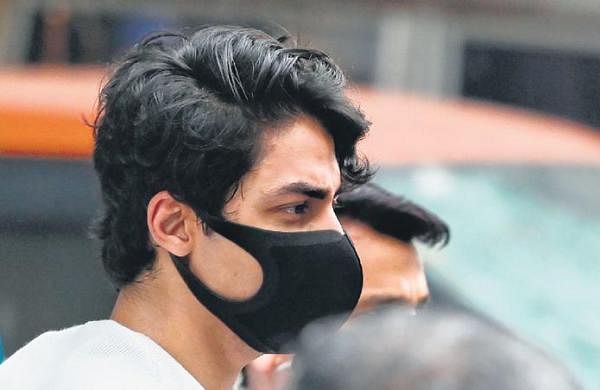 MUMBAI: Filmmakers Rahul Dholakia and Hansal Mehta, who are closely following Aryan Khan's arrest in connection with a drugs case, on Wednesday said the decision to reject his bail is "heartbreaking" and "outrageous".

Aryan, 23, was arrested on October 3 with seven others when the Narcotics Control Bureau (NCB) busted a drugs party on board a cruise ship.

He is currently in Arthur Road prison.

A special court here on Wednesday refused to grant bail to Aryan, son of Bollywood superstar Shah Rukh Khan, and two others in connection with the seizure of banned drugs.

Aryan's advocates then immediately filed an appeal in the HC, challenging the lower court's order.

Dholakia termed the decision as "outrageous" and demanded that Aryan must be released soon.

Outrageous !!! You are saying there is a possible connection to his international racket based on WhatsApp chat recovered from his phone, that you confiscated on a bust where he had nothing? And you have been fishing for days and yet not found anything? #FreeAryanKhan, the director, who has worked with Shah Rukh in Raees, said in a tweet.

Without taking any names, Mehta expressed his anguish in a tweet, writing The travesty continues. The ordeal continues. Heartbreaking.

In a tweet, actor Swara Bhasker called the court's decision a "stunning abdication of law. by those charged with upholding the rule of law!"

Earlier in the day, filmmaker Reema Kagti, while commenting on a post about the bail hearing case of Aryan today, said she hoped he would be given bail today.

I hope Aryan gets bail today. He shouldn't have been arrested in the first place; no possession, no consumption and the NCB's argument that he is part of some international drug peddling ring is just a ridiculous lie to harass him and his family, she wrote.

In a strongly worded post on social media, Kagti alleged that Aryan was being harassed for being son of a famous Muslim man, referring to Shah Rukh.

The NCB themselves have declared this in court. So with due respect you can stand by and say nothing while a 23 year old is harassed for being a famous Muslim man's son but I choose not to, thank you very much, she said.

Each player is given ten marbles and must get their opponent's marbles by competing in any game of their choosing.

In this episode, one of the strongest candidates is badgered and ultimately bamboozled into losing his marbles.

I seem to have misplaced mine as well when I read the news about Shah Rukh Khan's son's arrest, she wrote on Instagram.

While his friend was apparently carrying 6 gm of charas, there is reportedly no evidence of possession by Aryan Khan. Yet, the young boy has been languishing in Arthur Road jail for almost two weeks now, Khanna, who has worked with Shah Rukh in 1999's "Badshah", added.

Khanna's husband Akshay Kumar hasn't commented on the issue yet.

Shah Rukh's frequent co-star and close industry friend Kajol has yet to react on Aryan's arrest.

However, on Wednesday she shared a video from their hit 1994 film "Dilwale Dulhania Le Jayenge" on its 26th anniversary on Instagram.

"Simran caught the train 26 years back and we are still thanking everyone for all this love," Kajol wrote in the caption.

Shah Rukh's close friend and superstar Salman Khan, who stays a few minutes away from his residence Mannat in suburban Bandra, has visited him quite a few times since the arrest of Aryan.

Many ardent fans of Shah Rukh have often been photographed outside his residence and the court extending their solidarity with the family with banners.