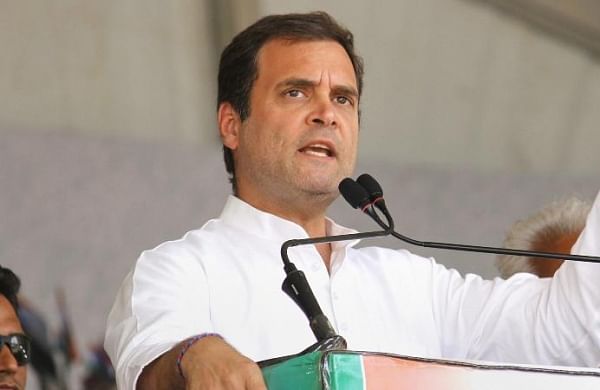 KALPETTA: Congress leader Rahul Gandhi on Thursday continued to attack the Centre over the three farm laws and claimed most farmers were not aware of details of the bills and if they did, there would have been an agitation throughout the country.

Referring to the contentious central farm laws, he said it was the "latest deadly assault" on the farmers.

A day after violence during the farmers' tractor rally in Delhi, Gandhi had appealed to the Narendra Modi government on Wednesday to repeal, what he claimed were, "anti-agriculture" laws.

"Most of the farmers are not aware of the details of the farm bills. Because if they did, there would have been an agitation throughout the country," he said, addressing a UDF convention on Thursday at Kalpetta in Wayanad, his Lok Sabha constituency, on the second day of his two-day visit to poll- bound Kerala.

He also alleged that while the BJP government at the Centre was "aggressively" using its central agencies-CBI and the Enforcement Directorate (ED)-against opposition party ruled governments, there was no such pressure on left ruled Kerala where the assembly polls are only months away.

"In every opposition party ruled states, CBI and ED are used aggressively by the BJP. There is no such thing in Kerala.

There is no such pressure on the Kerala government. CBI and ED are very relaxed on the cases here," Gandhi said.

"You go through newspaper reports. Does the BJP attack the Congress more or the CPI(M)? Does the Prime Minister attack the Chief Minister of Kerala or does he attack the leadershipof the Congress party?" he asked, apparently suggesting that the saffron party was going soft on the left front in the southern state.

Continuing to target the Centre over the farm laws,Gandhi alleged the basic idea was to hand over the agricultural system of the country to three or four businessmen.

"Five to 10 people are "stealing" every single farmer's produce.

Gandhi also said if the Congress-led UDF comes to power in Kerala, a medical college, along pending demand of his Wayanad constituency, would become a reality.

"The state government is going slow on this demand," he claimed.

Later after inaugurating a spice kit distribution to SC farmers at Ambalavayal, organised by RARS, Kerala agriculture university, Gandhi said his endeavour was to make Wayanad synonymouswith spices and he had written to the Centre to set up a spice park in the district.