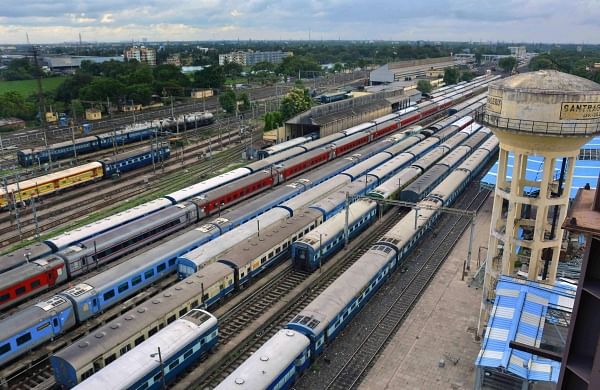 NEW DELHI: The Indian Railways has emerged as one of the top three sectors with maximum delayed projects. Over 100 projects taken up for the execution in different parts of the country involving infrastructure are running late. The railways also has the maximum projects among the top 20 programmes with maximum delays in the country. These railway projects are delayed between five to 15 years from their original deadlines of completion.

According to the Infrastructure and Project Monitoring Division (IPMD) of the Ministry of Statistic and Programme Implementation, as many as 127 out of 211 railway projects are running late (from three to 15 years) owing to various technical reasons as well as issues related to law & order and land acquisition.
A senior official said the railways is one of the top three sectors with the maximum delayed projects in the country after the Ministry of Road Transport and Highways with 301 out of 843 projects and the Ministry of Petroleum with 91 out of 139 projects delayed.

In a written reply in the Rajya Sabha a couple of days ago, the IPMD stated that the Bengaluru-Satyamangalam new rail line, projected at an initial budget of Rs 1,383 crore, had an initial date of completion in March 2002. However, it has overrun its anticipated date of completion to 2028.

The railways’ the Udhampur-Srinagar-Baramulla 272 km long new line launched with an initial target of completion in 2002 but it hasmissed its deadline and is now anticipated to complete in 2023 with a new anticipated cost of Rs 37,061 crore from its original cost of Rs 2,500 crore.

In the same way, the Kotipalli-Narsapur new rail line project in Andhra Pradesh was launched with a 2009 deadline but it is delayed with anticipated completion in 2027 with a revised cost of Rs 2,120 crore from its original Rs 1,045 crore.  Union Railway Minister Aswani Vaishnav said that the delay in sharing the cost by the state government is resulting in delay in the completion of railway projects taken up by the Centre.