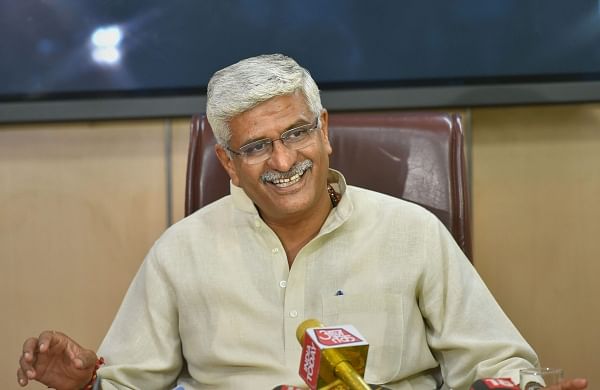 NEW DELHI: Taking a dig at the crisis-hit Ashok Gehlot-led government in Rajasthan, Union minister Gajendra Singh Shekhawat on Tuesday said that the dispensation is on autopilot as the chief minister is "busy chasing a Pilot".

Congress leader Sachin Pilot, who was sacked from the post of Rajasthan deputy chief minister and state Congress president chief by the party, has rebelled against Gehlot along with MLAs loyal to him.

Shekhawat is also an MP from Jodhpur in Rajasthan.

Pilot has been upset since he was denied the Rajasthan chief minister's post after the December 2018 assembly elections.

Shekhawat also made a veiled attack on the Gandhi family without taking its name.

"Looking at the rebellion clearly indicates that there is a lot of suffocation in the King's palace," Shekhawat tweeted.

"Why does the headmaster's son come first in the class?" he said in another tweet.