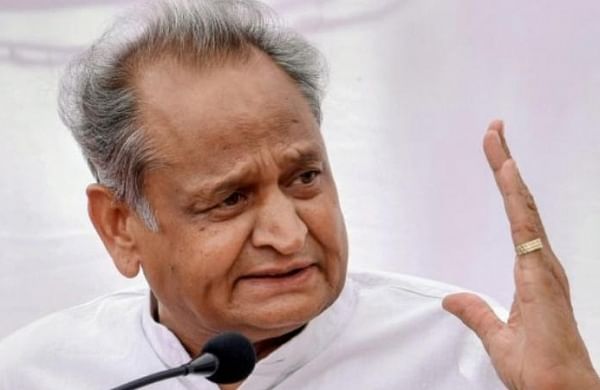 While the Narendra Modi government was busy celebrating its six years in office, Gehlot took to Twitter to target Goyal for the failure of the Indian Railways that’s regularly running into controversies over the Shramik Express trains it is operating for migrant workers.

In a sharp comment, Ashok Gehlot tweeted, “As many as 40 Shramik special trains have been delayed, it took 9 days to reach & 80 deaths reported so far. I suggest HPM to let Mr. Goyal be Minister without portfolio as we have never heard of such mess in Indian Railways ever before. Let him concentrate on fundraising for BJP only.”

For weeks, the Indian Railways has been facing a lot of flak over delay in running migrant trains and with dozens of them even losing their way and deaths of numerous passengers on the Sharmik Special trains, Gehlot targeted Goyal for the fiasco. But this is not the first time that Gehlot has raked up this issue.

A fortnight ago, Gehlot and Goyal had locked horns over the issue of Shramik special trains.

On May 14, Piyush Goyal had attacked several opposition ruled states, including Rajasthan for allegedly not cooperating with the central government over Shramik Special Trains.

The Union Railways Minister had tweeted, “It pains me that several states such as West Bengal, Rajasthan, Chhattisgarh and Jharkhand, are not giving enough permissions for 'shramik special trains' to enter their states.”

Within hours, however, Gehlot had hit back at Goyal in a response tweet, “There is no permission pending for any train with govt of Rajasthan. In fact Rajasthan was in strong favour that Railways shd be allowed for commute of Migrants. But I am not surprised to see statement by Railway minister, they are skilled in passing their failure on to state govts.”

With the Rajasthan Chief Minister also launching a fierce onslaught on Twitter, the pressure on the Railways Minister is escalating.

With Gehlot even advising the Prime Minister to turn Goyal into a Minister without Portfolio, political circles are now keen to see how the Union Railways Minister will respond.