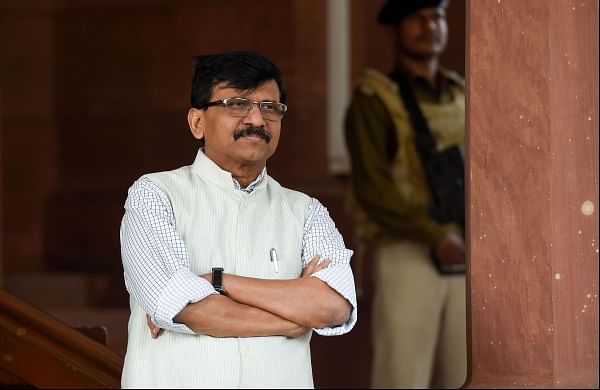 MUMBAI: Shiv Sena MP Sanjay Raut has alleged that the claim of administration of 100 crore vaccine doses against COVID-19 in the country was "false" and not more than 23 crore doses were given to eligible citizens so far.

Addressing a party meeting at Nashik in Maharashtra on Saturday, Raut said he would give proof that the 100 crore vaccination claim was "false".

"How much will you lie?" the Rajya Sabha member asked, without taking any names.

"In the last fortnight, 20 Hindus and Sikhs have been killed, 17 to 18 soldiers have been martyred, China is creating problems in Arunachal Pradesh and Ladakh, but we are celebrating 100 crore vaccination, which is not true," the Shiv Sena's chief spokesperson claimed.

Who has counted these numbers? he asked.

"Raut's comment on 100 crore vaccination, when the figures are clearly seen, is nothing but laughable," he said.

On October 21, India achieved a major milestone in its vaccination programme against COVID-19 as the cumulative vaccine doses administered in the country surpassed the 100-crore mark, resulting in celebratory events in parts of the country.

Prime Minister Narendra Modi had hailed the landmark, reached in little over nine months time since the countrywide vaccination drive was launched on January 16, as a "triumph of Indian science, enterprise and collective spirit of 130 crore".