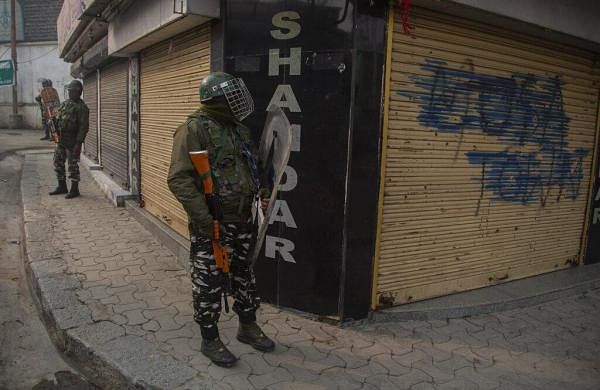 SRINAGAR: Most of the shops in the Downtown area of Srinagar were shut on Thursday while mobile internet remained suspended in many parts of the city a day after the killing of three militants, including the self-styled commander of The Resistance Front (TRF), in an encounter, officials said.

They said the areas where the shutdown was observed included Nowhatta, Gojwara, Khanyar, Safakadal, Nawakadal, Rajouri Kadal and MR Gunj in the interior areas of Srinagar.

However, traffic was plying normally, they added.

The officials said mobile internet was suspended in several areas of the city as a precautionary measure.

Police on Wednesday said security forces killed three militants in a brief encounter in the Rambagh area of the city.

The slain included self-styled commander of TRF Mehran Shalla, a resident of the Jamalata area in Nawakadal here.

The other two militants were identified as Manzoor Ahmad Mir and Arafat Sheikh, both residents of Pulwama.

Police said the three were affiliated with TRF, an offshoot of the Lashkar-e-Toiba.

Shalla was wanted by security forces in connection with several civilian killings including the shooting of two teachers belonging to minority communities inside a school in the Eidgah area of the city last month, they said.