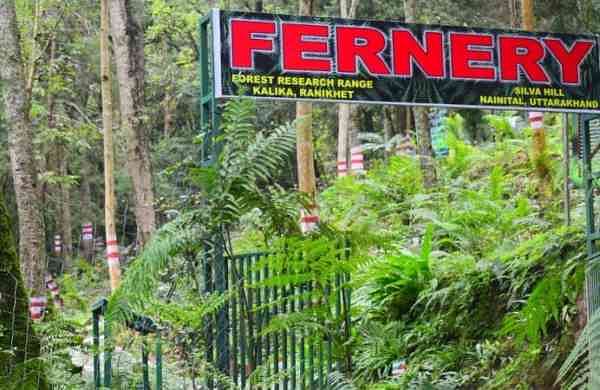 DEHRADUN: One of the biggest ferneries of India was inaugurated on Sunday in Ranikhet of Almora district in Uttarakhand. It has been developed by the research wing of the Uttarakhand Forest Department over a period of three years, under the central government’s CAMPA scheme.

Sanjiv Chaturvedi, 2002 batch Indian Forest Services officer who heads the research wing of the state forest department told TNIE, "The fernery is to showcase the fern species and spread awareness about the category of plants.

Ferns are of huge importance in our ecosystem and need to be understood. They are multifaceted species which contribute a lot to this planet."

Inaugurated by Dr Nilambar Kunetha, a well-known Pteridophyte and expert on ferns, the fernery has the largest collection with 120 different types of ferns. Only Jawaharlal Nehru Tropical Botanical Garden and Research Institute (TBGRI), Thiruvananthapuram, has a larger number of fern species than it. However, Ranikhet has been developed as an open-air fernery in natural surroundings and not under any poly/shade house.

Sprawling over an area of 4 acres, Ranikhet provides an ideal location for developing open-air fernery at an altitude of 1800 metres. The shady area with a seasonal pahadi nala (mountain stream) passing through it provides adequate moisture for their growth.

The fernery has a mix of species from the western and eastern Himalayan regions as well as from the Western Ghats. It houses many rare species, prominent among which is Tree Fern (Cyathea spinulosa), which has been declared as threatened by the State Biodiversity Board of Uttarakhand.

Only a few plants of this species have been left in wild and is considered to be one of the most ancient species of fern. It is said that herbivore dinosaurs used to feed on its trunk which is rich in starch.

The fernery also has around 30 species that have medicinal importance, like Hansraj (Adiantum venustum) which has been given tremendous importance in Ayurveda as well as Tibetan system of medicine.

The fernery also displays some prominent edible species of fern like Lingura (Diplazium esculentum) which is a popular food item in hills of Uttarakhand and is considered to be very nutritious.

Ferns belong to one of the most ancient group of plants that propagate through spores and were the first plants with fully developed vascular system.

Ferns are also used to filter heavy metals from polluted waters and fern species are also good nitrogen fixating agents and form the understorey of the forests and their precise roles are yet to be fully understood.