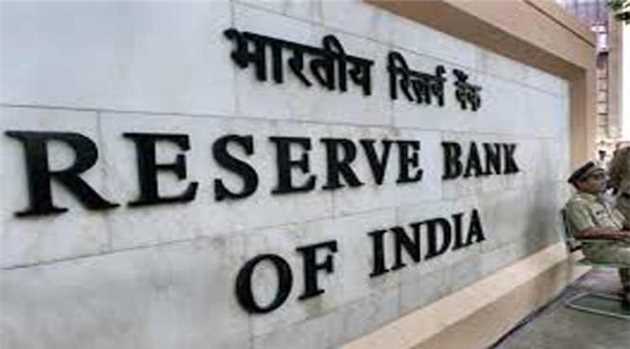 MUMBAI: The Reserve Bank of India (RBI) on Friday raised the key policy rate by 50 bps as the ongoing rupee rout added a new wrinkle to monetary policymakers' foreheads.

And with major central banks' aggressive rate tightening taking the global economy on a white-kunckle ride, India's real GDP growth rate is pared down to 7% for FY23 from 7.2% projected earlier.

The benchmark repo rate is now moored at 5.9%, but the third consecutive 50 bps increase is far from signalling that rate hikes are home and dry. As Governor Shaktikanta Das emphasised in his opening remarks, the global economy is coursing through a third storm -- thanks to advanced central banks' super-sized rate hikes causing financial turmoil and ceaseless nervousness in global markets. In other, rate hikes may be sharper and deeper than imagined earlier.

This is a significant departure from just last month when markets presumed that central banks will pipe down the pace of rate hikes by year-end and that inflation will cool down. But recent events are only indicating that we are all in for a toss of the knucklebones.

Back home, analysts expect two more 30-50 bps jackings to follow taking the terminal rate to 6.5% by next March, even though Das wared that forward guidances on peak and terminal rates during a tightening phase, particularly given extreme global uncertainities, may destabilize financial markets. The Monetary Policy Committee (MPC) also retained the policy stance to withdrawal of accommodation, suggesting that benchmark rates aren't yet at neutral levels and that real interest rates on savings may remain negative this fiscal.

Meanwhile, India's reslient economic activity is adding a 'refreshing' spirit to the challenging times according to Das. Yet, real GDP growth projections for Q1, FY24 are set at a modest 7.2%. All essential components of growth including private consumption, investment demand, agriculture, and industrial and services sector activity are playing their part, but geopolitical tensions, global tightening conditions are posing downside risks to growth.

Likewise, the war against inflation isn't over yet. While imported inflationary pressures somewhat eased, it's now the turn of domestic factors to upset the applecart, particularly food prices that are likely to be on the boil with cereals and vegetable prices rising. Inflation forecasts are retained at 6.7% for FY23 and as Das noted, if high inflation is allowed to linger, it will trigger second-round affects.

And as if the battle with high inflation and low growth isn't enough, currency depreciation has further complicated policymaking. For, a 5% depreciation leads to an estimated 20 bps increase in inflation and though theoretically, a weaker currency makes exports cheaper and imports dearer, the anticipated export boost isn't materialising as several other currencies too have depreciated substantially against the dollar.

If the rupee fell over 9% so far in 2022, yuan deprectiated by 11.1%, while other Asian peers including the Phillippines peso, Thailand's bhat and Malaysian ringgit saw sharper depreciation even though the extent of monetary tightening is different, ranging from monetary easing in China to a cumulative hike of just 25 bps in Thailand.

Another factor that's straining currency is the interest rate differential. The US Federal Reserve's recent 75 bps rate hike took the US 10-year bond yield to 4%, taking the interest differential between the US and India to a 12-year low of 370 bps, affecting capital flows and weakening the rupee.

What's assuring though is that, we are unlikely to see a repeat of the 2013 taper tantrum episode that pushed India into the 'Fragile Five'. Then, the interest rate differential stood at 600 bps rate, prompting the RBI’s sledge-hammer action to raise rates by a massive 300 bps.

In the ongoing cycle, we have seen rates going up by 190 bps. Helpfully, the current circumstances do not warrant extreme measures such as raising foreign currency deposits like in the past and the RBI may continue using forex reserves and interest rate tools to counter currency depreciation pressures and narrow down the interest differential.

Dismissing unwarranted concerns about exhausting our dollar reserves, Das emphasised that RBI's interventions will be judicious and yet maintain the adequacy of forex reserves.

As for liquidity, the greater the fear of inflation, the tighter system liquidity should be. In that respect, RBI raised rates just in time, and ensured that the liquidity overhang (amounting to 5-6% of net demand and time liabilities, NDTL) was neatly absorbed. In line with the fine-tuning process, on Friday the central bank further subsumed the 28-day VRRR auctions with the fortnightly 14-day auctions to ensure orderly and adequate liquidity levels.

Meanwhile, a comparison of the RBI’s balance sheet vs the US Federal Reserve, European Central Bank, and Bank of Japan confirms that RBI is ahead of major global central banks in terms of monetary tightening. With the liquidity balance nearing neutrality and a substantial fall in RBI’s Balance Sheet, it's time to signal the end of rate hikes, but unfortunately, global headwinds aren't yet allowing the MPC to pause and breathe.   (THE NEW INDIAN EXPRESS)