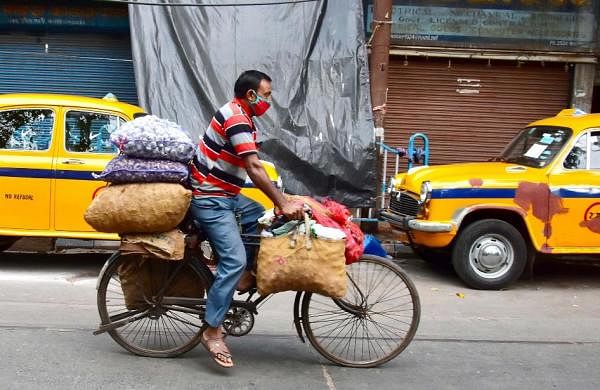 KOLKATA: The Bengal Taxi Association (BTA) on Friday said it is ready to provide cabs for emergencency purpose during the ongoing lockdown as suggested by West Bengal Chief Minister Mamata Banerjee.

Expressing the association's eagerness to help people during this crisis, BTA general secretary Bimal Guha said that it would be helpful if a government order is issued in this regard. Most of the metred taxis in the city operate under the banner of the BTA.

"A senior official of the Public Vehicles Department (PVD) on Thursday asked me to make arrangements for keeping five taxis each at important junctions across the city to help people reach their destination during an emergency," Guha said.

He said that the PVD official asked the BTA to place the five vehicles each at Gariahat, Sealdah, Garia, Beliaghata connector and Esplanade.

After a meeting with trade and industry representatives, Banerjee had said on Thursday, the state government is contemplating the idea of minimal transportation like giving a go-ahead to taxis to hit the streets again, but carrying not more than four persons, including the driver. "But whatever we do, it has to be done honouring the lockdown for the sake of human lives," she said.

Guha said that he has requested the PVD official for issuance of a government order. Along with the government order, the association plans to provide an authorisation letter with the vehicle number to each driver, so that he does not face police action at various nakas set up in the city to prevent unnecessary movement of people during the lockdown.