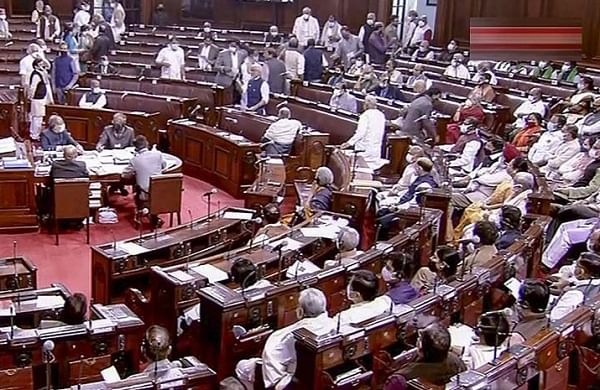 The Union Minister also said that the ministers explained the reason for the suspension of the MPs during the BJP parliamentary party meeting held today at Dr Ambedkar International Centre in New Delhi, which was attended by Prime Minister Narendra Modi.

"We explained why they had to be suspended. The country has witnessed whatever took place. It is on record. If they apologize even today, we are ready to withdraw the suspension," Joshi told media persons after the BJP's parliamentary party meet.

A total of 12 Opposition MPs were suspended from Rajya Sabha for the remaining winter session of the Parliament for allegedly creating ruckus on the last day of the monsoon session.

Divulging the details of the meeting, the Union Minister said that the Prime Minister has directed to organise events with people who have been conferred with Padma Awards.

"Padma Award has been conferred upon common citizens who are doing good work. PM has said to organise events, with such awardees being on live contact (during the event)," Joshi said.

Meanwhile, Rajya Sabha was adjourned till 2 pm on Tuesday amid demand by Opposition members for the revocation of suspension of the 12 Members of Parliament.

The winter session of Parliament began on November 29 and will continue till December 23.

Since after their suspension, all the 12 MPs regularly visit the Parliament and keep sitting outside Mahatma Gandhi Statue.

On November 29, the members were suspended for alleged unruly conduct towards the end of the monsoon session in August when marshals were called after Opposition members stormed the Well of the House during the passage of the General Insurance Business (Nationalisation) Amendment Bill, 2021.