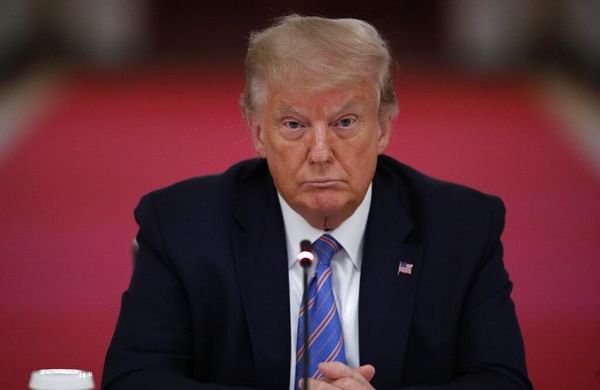 NEW DELHI:  Following outrage and several lawsuits. the Donald Trump administration on Tuesday rescinded the order that would have barred the entry of foreign students, with full online classes, into the US.  The Immigration and Custom Enforcement, in an order on July 6, had said no foreign students would be allowed to continue residence or enter the US if their classes had shifted completely to online mode due to the coronavirus pandemic.

The move was likely to affect thousands of Indian students. Following the order, Harvard University and the Massachusetts Institute of Technology on July 8 dragged the Trump administration to court saying the order was reckless and unlawful.

On Tuesday, during a hearing in a Boston district court, judge Allison Burroughs announced the US government and the two universities had come to an agreement to drop the new guidelines and restore status quo. “The government has agreed to rescind the decision as well as any implementation of the directive,” the judge said.

Pressure on the Trump administration mounted after tech majors Google and Facebook also supported the lawsuit filed by the two universities. In all, 17 states had filed lawsuits against the order with 136 Congressman also urging Trump to reverse the order.

According to estimates, there are around 2.5 lakh Indian students in the US and they contribute significantly to the revenue of many universities. The order reversal has sent a wave of relief among the students. “I had returned due to the pandemic and the order had put my travel plans back to the US in jeopardy. Now, I can breathe easy.

I cannot wait to go back and start classes again,” Ashutosh Singh, a second year MS Engineering student, said. An ex-diplomat said, “This was an election gimmick but even the administration knew it was not feasible to execute the order. Firstly, the revenue foreign students generate for universities would be hit hard and secondly, the principles of the US would be shadowed.”