Religious freedom does not include right to convert others: Centre tells Supreme Court 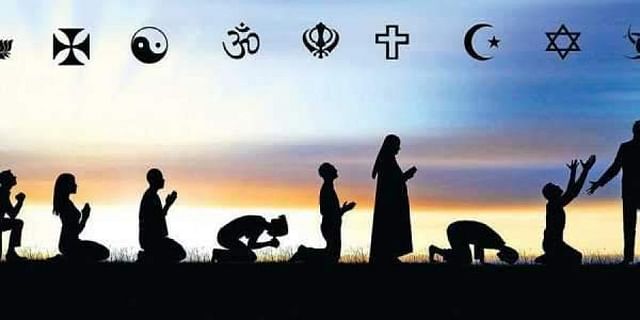 NEW DELHI: The Centre told the Supreme Court on Monday that religious freedom does not include a fundamental right to convert other people to a particular religion and that it certainly does not embrace the right to convert an individual through fraud, deception, coercion or allurement.

The central government said it is "cognizant of the menace" and laws that seek to control such practices are necessary to protect the cherished rights of vulnerable sections of the society including women and economically and socially backward classes.

The Centre's stand came on a short affidavit in response to a plea by advocate Ashwini Kumar Upadhyay seeking direction to take stringent steps to control fraudulent religious conversion by "intimidation" and through "gifts and monetary benefits".

The affidavit, filed through Deputy Secretary of Ministry of Home Affairs, asserted that the reliefs sought in the present petition would be taken up "in all seriousness" by the Union of India - and that it is "cognizant of the gravity and the seriousness of the issue raised in the present writ petition".

A bench of Justices MR Shah and CT Raviumar, while hearing the matter, observed it was not against religious conversions but forced conversions, and asked the Centre to file a detailed affidavit on the issue after taking information from states.

"You file a detailed affidavit after obtaining the necessary information from the concerned States. We are not against conversion. But there cannot be any forced conversion," the court observed.

The court deferred hearing on the petition as well as an impleadment application challenging its maintainability till December 5.

Solicitor General Tushar Mehta told the court that forced conversion was a "serious menace" and a "national issue" and that in its affidavit the central government has mentioned about the relevant steps taken by certain states.

The Centre said the apex court has already held in a case that the word propagate under Article 25 of the Constitution does not envisage the right to convert a person but a right to spread ones religion by exposition of its tenets.

It said fraudulent or induced conversion impinges upon the right to freedom of conscience of an individual and hampers public order and therefore the state was well within its power to regulate or restrict it.

"Undoubtedly the right to freedom to religion, and more importantly, the right to conscience of all citizens of the country is an extremely cherished and valuable right which ought to be protected by the Executive and the Legislature," the Centre's response said.

Upadhyay told the court he has filed an additional affidavit in the matter.

In the affidavit, he sought directions to review visa rules for religious preachers and foreign missionaries, review foreign contribution rules for NGOs and for taking steps to control hawala funding.

The top court had on September 23 sought responses from the Centre and others to the petition.

Earlier this month, terming forced religious conversion a "very serious" issue, the court had taken a serious note of proselytization through deception, allurement and intimidation, and asked the Centre to step in and make sincere efforts to check the practice.

Upadhyay has submitted in his plea that forced religious conversion is a nationwide problem which needs to be tackled immediately.

"The injury caused to the citizens is extremely large because there is not even one district which is free of religious conversion by 'hook and crook'," the plea has submitted.

"Incidents are reported every week throughout the country where conversion is done by intimidating, threatening, deceivingly luring through gifts and monetary benefits and also by using black magic, superstition, miracles but Centre and States have not taken stringent steps to stop this menace," said the plea filed through advocate Ashwani Kumar Dubey.

The plea has also sought directions to the Law Commission of India to prepare a report as well as a Bill to control religious conversion by intimidation and monetary benefits. (AIR NEWS)