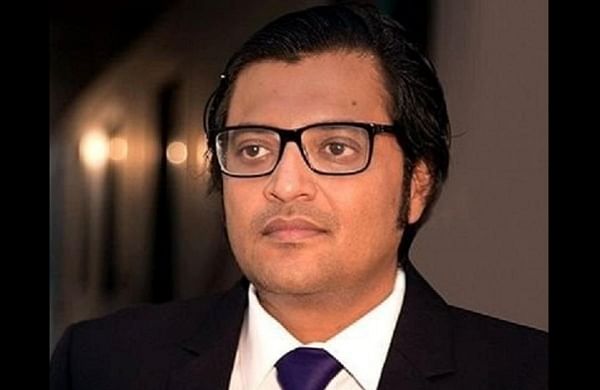 NEW DELHI: The Delhi High Court Friday said Republic TV's editor-in-chief Arnab Goswami can use the tagline 'NATION WANTS TO KNOW' as part of his speech or presentation.

The high court noted in its order that Bennett Coleman and Co. Ltd, which has filed a suit against Goswami or ARG Outlier Media Pvt Ltd, which owns Republic TV, has submitted that the journalist is free to use the same as part of his speech/presentation of any news channel.

However, if Goswami or ARG Outlier Media Pvt Ltd choose to use 'NATION WANTS TO KNOW' as a trademark regarding any of their goods/ services, they will have to maintain accounts for such usage and the accounts shall be filed in court regularly, it said.

"Regarding the tagline NATION WANTS TO KNOW, no interim order is passed at this stage in favour of the plaintiff (Bennett Coleman). As submitted by the learned counsel for the plaintiff, defendant No.2 (Goswami) is free to use the same as part of his speech/presentation of any news channel, etc," Justice Jayant Nath said.

The plaintiff has filed the suit seeking to restrain Goswami or ARG Outlier Media Pvt Ltd from using the trademark or title or tagline 'NEWSHOUR' and 'NATION WANTS TO KNOW' as it infringes its registered mark.

The plaintiff said 'Times Now' is a news channel operated by the plaintiff having several segments of programmes, one of which was launched in 2006 titled 'THE NEWSHOUR' pertained to discussions, panel discussions and debates on current topics.

It said Goswami, who was earlier associated with Times Now and resigned in 2016, launched his channel 'Republic TV' and website www.republicworld.com and they also filed trademark applications for registration of the mark 'NATION WANTS TO KNOW', 'ARNAB GOSWAMI NEWSHOUR' and 'GOSWAMI NEWSHOUR SUNDAY' claiming proprietary rights.

The journalist told the high court that viewers of the two news channels are well informed, literate and can never associate or confuse between the shows or programmes aired on the respective news channels.

He claimed that the Bennett Coleman's animosity with the Republic TV is well known and publicised and hence, there is no question of any passing off in such circumstances and alleged that the proceedings have been initiated in the form of vendetta litigation and merely in a purported attempt to harass and arm-twist the defendants.

The high court said it was of the opinion that "it is only after evidence has been led that it can be ascertained as to whether the plaintiff was using the aforesaid mark as a trademark or it was merely being used as a form of speech in the course of conducting the news channel or in the course of carrying on interviews/presentations by defendant No.2 (Goswami).

"These are aspects on which, prima facie, no view can be made at this stage based on the documents placed on record, namely, screen shots of various sites of Twitter, Facebook, etc."