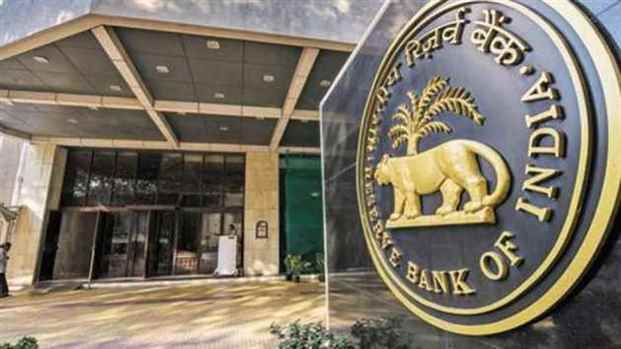 The Reserve Bank of India (RBI) in its fifth bi-monthly Monetary Policy has kept the policy repo rate unchanged at 5.15 per cent. The six-member Monetary Policy Committee (MPC) headed by Governor Shaktikanta Das unanimously voted for a status quo policy. The reverse credit policy has also maintained the reverse repo rate at 4.90 per cent and the marginal standing facility rate and Bank Rate at 5.40 per cent.

The policy statement says the MPC decided to continue with the accommodative stance as long as it is necessary to revive growth while ensuring that inflation remains within the target. These decisions are in consonance with the objective of achieving the medium-term target for consumer price index inflation of 4 per cent while supporting growth.

The RBI said since the MPC’s meeting in October 2019, global economic activity has remained subdued, though some signs of resilience are becoming visible. Crude oil prices have moved in a narrow range reflecting changing sentiments relating to progress in US-China trade talks.

Turning to the growth outlook, real GDP growth for 2019-20 has been revised downwards from 6.1 per cent in the October policy to 5.0 per cent. The MPC noted that the forthcoming union budget will provide better insight into further measures to be undertaken by the Government and their impact on growth.

Since its last meeting in October 2019, the MPC said that global economic activity remained subdued, though some signs of resilience are becoming visible and the crude oil prices moved in a narrow range.

On the domestic front, gross domestic product (GDP) growth moderated to 4.5 per cent year-on-year (y-o-y) while on the supply side, gross value added (GVA) growth decelerated to 4.3 per cent in Q2 of 2019-20. As for the growth outlook, real GDP growth for 2019-20 is revised downwards from 6.1 per cent in the October policy to 5.0 per cent.

The MPC noted that the forthcoming union budget will provide better insight into further measures to be undertaken by the Government and their impact on growth. The next meeting of the MPC is scheduled during February 4-6 next year.

Shortly after announcing a sharp reduction in projected GDP growth from 6.1 per cent to 5 per cent for 2019-20, the Reserve Bank today said that it is expecting a steep rise in food inflation with moderation expected only in the second quarter of next fiscal.

Addressing the post-policy press conference after the announcement of fifth bi-monthly monetary policy in Mumbai today, RBI Governor Shaktikanta Das said the government and the RBI are committed to the national objective of reviving growth.

Stating that RBI cannot just mechanically go on to cut rates, Mr. Das said the apex bank wants to be certain about the impact of the coordinated measures taken by the government and the RBI over the past few months to push growth, including decisions like corporate rate cut and the measures announced to boost auto sector.

Mr Das said there are green shoots in the economy, but it is too early to take a call on their sustainability. He added that steep hike in telecom tariffs is also likely to have an impact on core inflation. The RBI Governor, however expressed satisfaction over the reasonably swift monetary transmission by banks.

He, however, said that RBI will definitely consider issuing digital currency once the technology is available with adequate safeguards. He clarified that discussions in this regard are at a very incipient stage.

On the PMC Bank, the RBI Governor said the report of bank’s forensic audit and a professional valuation of the bank’s assets will be available by the end of this month, following which a decision of monetization of these assets will be taken.

He added that a coordination mechanism between the administrator and the Economic Offences Wing of Mumbai Police, the Enforcement Directorate and the RBI is in place to monitor the bank’s day-to-day working.

Talking about Non-Banking Financial Company - NBFC sector, Mr Das said RBI would not allow any large and systemic NBFC to collapse. He said that RBI has a fairly good idea as to which NBFCs are vulnerable and is ensuring adequate liquidity for all.

Emphasizing that as a regulator and the prime in charge for maintaining financial stability, the Reserve Bank is best placed to assess the correct state of any NBFC, Mr Das defended the RBI’s action to refer the DHFL case to National Company Law Tribunal. (AIR NEWS)