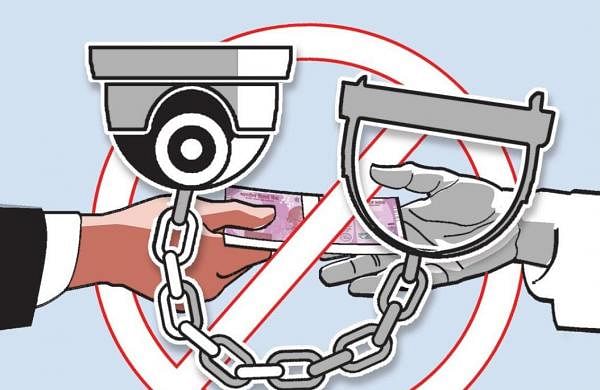 AHMEDABAD: A revenue officer and his associate have been arrested in Gujarat's Ahmedabad district for allegedly taking a bribe of Rs 25 lakh from a land owner, the state Anti-Corruption Bureau said on Wednesday.

Based on a complaint, the ACB on Tuesday caught the duo red-handed at the mamlatdar (revenue) office in Dholka town here, it said.

A man, who owns a piece of land near Badarkha village in Dholka taluka, recently submitted an application at the revenue office for making some changes in records pertaining to his land.

Apart from revision in the land area, the man also applied to restore his status as a farmer, the ACB said.

The revenue officer allegedly demanded Rs 25 lakh to give his approval for the same, the release said.

The land owner then complained to the ACB, which laid a trap and caught the accused while accepting the money.

The ACB recovered Rs 20 lakh from the revenue officer and Rs 5 lakh from his associate, the release said.