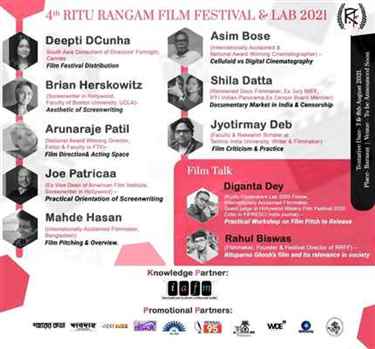 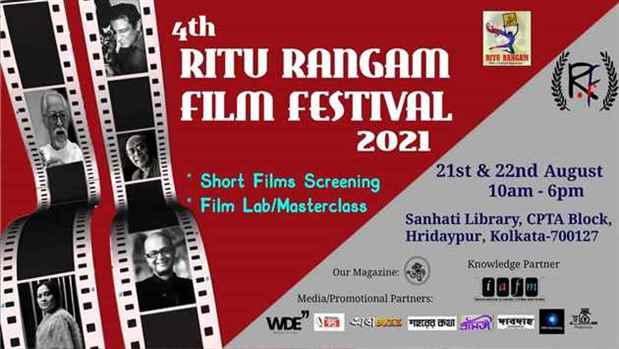 Post COVID all the industry has been faced issues & now trying for the revival. In Bollywood dominated India, independent films are kind of step son! But of you analise the last 10 years journey of this segment at national & international level then you will find some shocking facts that independent films are going to be the face of Indian cinema to the world & gained lot of attention worldwide. Rima Das's indie film 'Village Rockstar' went to Oscar nomination from India few years ago which is totally an independent film from North East (Assam). Also there are big names but main problem is the infrastructure where western countries are dominant in this part. Always lack of infrastructure actually turns downany potential indie filmmakers to prosper.

Ritu Rangam Film Festival which is running it's 4th edition in Barasat, Kolkata in West Bengal state. Not a too big festival or sponsored by any huge brand. But this year is something special for them. Festival Director & Founder Rahul Biswas, a very young filmmaker also who is trying to set this festival as an example. In this 4 years, they are growing rapidly under his management but this year it breaks the courage. Diganta Dey, an internationally acclaimed independent filmmaker, Kyoto Filmmakers Lab 2020 alumni in Japan who is appointed as a 'Festival Adviser' for first time. Before that he had judging experience in Bollywood Weekly Film Festival 2020 in USA. Launched 'Filmmakers Lab' to foster the infrastructure for budding talents to come up in the surface where they are getting guidance & mentorship from international Film personalities from Hollywood & Bollywood. Even local film industry in Kolkata (Tollywood) also joined in this global initiative to help Indian independent filmmakers to pursue their dream under proper training & guidance. Festival management selected already 4 film project & their director producer for the final round of this mentorship program.

Masterclass & the festival will be held on 21st & 22nd August 2021 , in Hridaypur Sanhati Library Hall, near Barasat in physical format by maintaining Govt protocols & COVID guidelines. As per Dey's word, 'The festival was bigger in the previous editions & the venue was in Govt Hall but right now it is shifted to this library Hall for COVID measures. But the essence is truly global & very much helpful for Indian filmmakers to learn, connect, live cinema after this stress time'.

This festival is hooking many eyes for their robust line up where films are curated from A class festivals like Locarno, & mentors from American Film Institute, FTII, Boston University etc.Signed MoU with IAFM Bangladesh for quality film education in South Asia. Trully hats off for the management & hope for the sustainability of this kind of essential program in India much more.