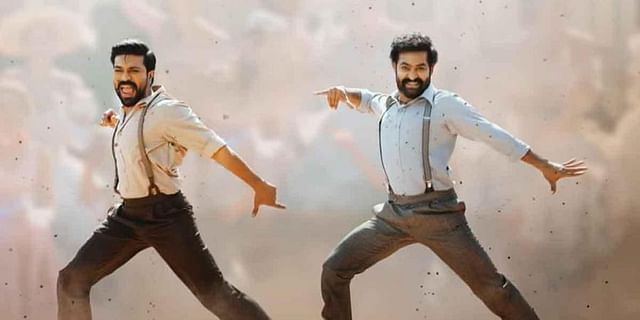 In the Best Foreign Language Film, "RRR" was competing against films such as "All Quiet on the Western Front", "Argentina 1985","Bardo", "False Chronicle of a Handful of Truths","Close" and "Decision to Leave".

Rajamouli dedicated the award to his motherland India and all the women in his life who have supported him in his creative journey.

"To all the women in my life -- my mother Rajnandani -- she thought education was overrated and made me read story books and comics.

She encouraged my creativity.

My sister-in-law Srivalli, who became a mother to me, and always encourages me to be the best version of myself," the filmmaker said in his acceptance speech.

To my daughters, they don't do anything, but their smile is enough to light up my life.

The track has been composed by veteran music director MM Keeravaani and voiced by singers Kala Bhairava and Rahul Sipligunj.

Filmed on Ram Charan and Jr NTR, "Naatu Naatu" translates to bucolic in Telugu and demonstrates the spirit of fun in country music over 4.35 breathless minutes of song and dance.

Choreographed by Prem Rakshith, it has legions of followers still trying to master its steps. It also features in the Oscars shortlist announced last month.

Last week, the movie made it to the BAFTA longlist for the 'film not in English language' category. The 28th Annual Critics Choice Awards were hosted by Chelsea Handler.

Michelle Yeoh's "Everything Everywhere All at Once" led the film nominations at the CCA with 14 nods.